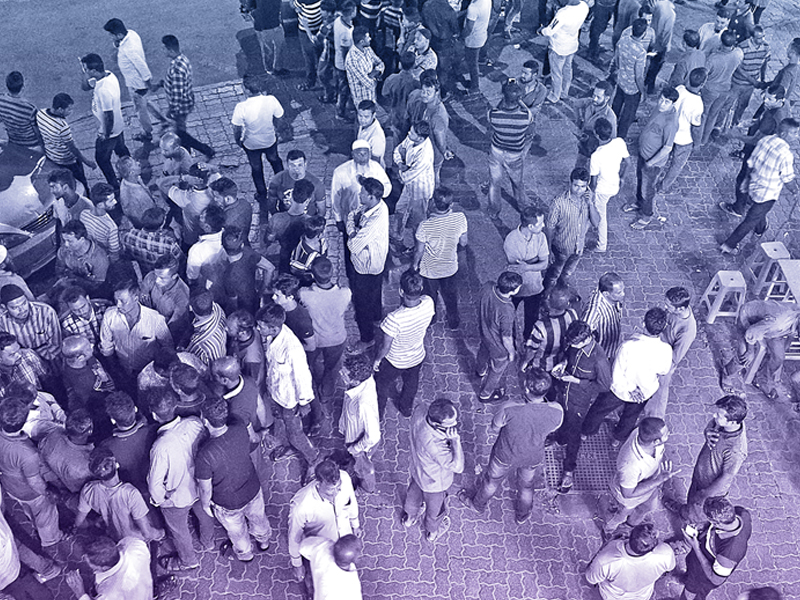 Human resources professionals say the decision has advantages as well as disadvantages, while most expatriates welcome move starting January 1, 2021

Expatriates in Oman are eagerly waiting for January 1, 2021, when they can transfer to new employers more easily provided they complete the contract period with their previous company.

According to the government, the move to end the requirement of a No Objection Certificate (NOC) while transferring an expat worker from one employer to another starting January 2021 will aid the competitiveness of the Omani labour market and correct conditions.
An NOC from the current employer is mandatory now for expatriates to change jobs.

‘This decision is based on the economic and social principles mentioned in the Basic Law of the State and in the light of the sultanate’s accession to the International Covenant on Social, Economic and Cultural Rights which the sultanate agreed to join in April under Royal Decree 46/2020,’ the Government Communication Centre (GCC) stated.

While human resources professionals in the country say the decision has advantages as well as disadvantages, it has been welcomed by most expatiates saying the change will boost labour market movement and competence among professionals in various fields.

Mohammed al Maimani, senior HR manager at Sinyar – the newly integrated identity of Oman National Transport Company (Mwasalat) and National Ferries Company (NFC) – and board member of Omani Society for Human Resource Management (OSHRM), said the move will help the government in streamlining the labour market as per international requirements as well as help the movement of expatriate talent.

“There are pros and cons of scrapping NOC. Besides streamlining the labour market, it’ll give expatiates their rights as per human rights groups’ requirements. Expatriate talents can move around the country freely,” Maimani said.

As far as employers are concerned, Maimani said, “It will increase competition and the problem with competition is that it will actually put pressure on SMEs due to demand of the employees in some sectors such as hospitality, construction and others.”

For most expatriates, the move is a positive one.

“The new NOC rule is a progressive one. By stipulating the completion of the two-year work visa period, it discourages habitual ‘fence sitters’ who have no qualms about changing employers frequently, merely for a slightly more salary. At the same time, it gives the freedom to employees to move ahead for better opportunities once they complete the stipulated period,” said Govind Arjan, a corporate communications professional, who is currently looking for a new employer.

“Also, people who have been terminated by their company can change sponsorship without needing an NOC. It seems like a win-win situation, although you may still have employers and employees not fully satisfied,” he added.

Ratnagiri noted that the real winner in this situation will be employees who are dedicated, loyal, hard working and walk the extra mile. “In the private sector, it is not enough to do one’s duty to be successful. You have to do more than that. Such people will be in great demand and they are the real winners.”

Meanwhile, some expatriates are planning to leave the country hoping to come back next year once the rule takes effect. Oman’s total population has come down by over 100,000 even as the number of expatriates dropped by more than 167,000 as of July 2020 compared to the same period in 2019.

M Ihsan, a barber whose employer said he cannot release him to another sponsor, said, his sponsor does not want to give him NOC because he wants him to work for  him.

“I can’t continue with him as he claims more sponsorship money than I earn from the shop. I was looking for another spon-
sor but he said he can’t release me. So the option I have is to leave the country and come back in January with a new sponsor. Moreover, only a few months are left and  I will get the chance to see my parents,”  he said.

Under existing rules, if an expat does not obtain an NOC, he can’t work in Oman for two years.

‘It is also expected that this decision will support the sultanate’s efforts to combat hidden trade, as it will reduce the ability of some employers to take advantage of the conditions accompanying the existence of NOC as well as preventing human trafficking and the freedom of movement of workers,’ GCC said.

The decision is expected to begin a new work relationship between employers and employees based on legislation and laws regulating work and residence in the sultanate. Significantly, the labour contract can guarantee the rights of both parties and clarifies their obligations towards each other.

The relevant authorities have taken into consideration the interest of business owners in this process and accordingly a grace period has been introduced to implement this decision, extending until the beginning of 2021, GCC said.