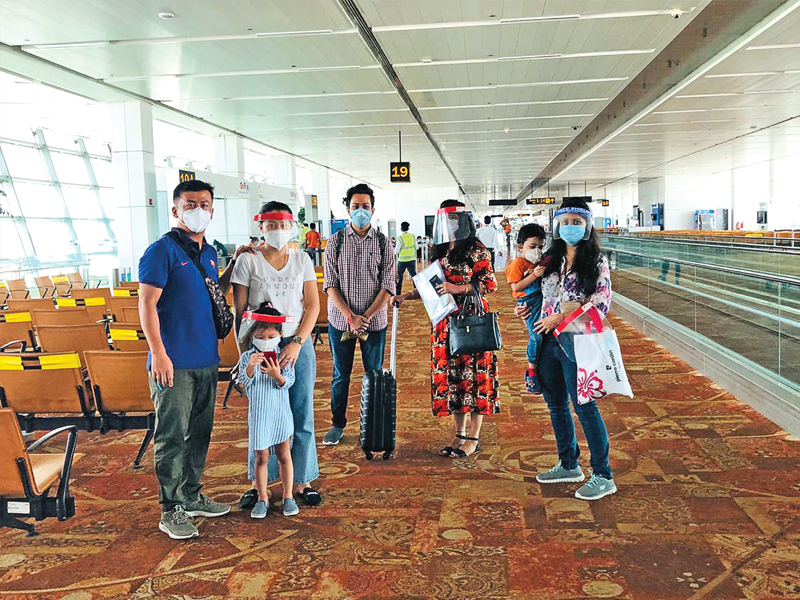 Nearly 3,500 Indian residents of Oman who had got stuck in their home country came back to the sultanate in the last few months.

They – individuals and families – were stranded due to the sudden closure of airports following the coronavirus pandemic outbreak.

The Embassy of India in Muscat made every effort to facilitate their safe return.

An official from the Indian Embassy said, “Almost 3,500 Indians came back to Oman in the last five months. They came from every state, the majority from Kerala. We are working with respective officials and authorities the for return of the others.”

There are also some independent volunteer groups that have been working to help people return to Oman.
By helping process papers, providing information and putting people through to the right authorities, these groups have been bringing back several residents from India, Bangladesh and Pakistan.

Venisha Anil Sampat, who came back to Oman recently, said, “I was stuck in India for several months. I and my mother were struggling to come back to Oman. Nothing was working for us, but suddenly we saw a ray of hope through the group called ‘Umeed Ek Koshish’. It’s a group of volunteers who guide people to come back and join their loved ones.”

He said Umeed volunteers understood the feelings of the people at a tough time and worked without any vested interests to help them.

There are a few Omanis also who got stuck in India but managed to come back with the assistance of volunteer groups.

Shahnaz Begam Bir Mohammed Ghafour, in her fifties, was in Nasik for medical treatment. Her return ticket got cancelled in March and she was stuck there. She was fortunate to have relatives there, but being under treatment, she was desperate to be back.

Shahnaz’s son Mohammad Abdullal Mohammad, said, “We are from Musandam and it is easy for us to go through the UAE owing to the short distance and time. My mother went to India in October last year and could not come back by March. I am the only son with four sisters and we were all tensed for her.”

He said initially he didn’t want his mother to come through Muscat.

“That would mean a longer duration travelling and with her operation I was sceptical to take that risk.

“I waited for the UAE airports to open but when I saw that it is taking long, I finally brought her via Muscat with the help of Rashmi Sahay and her team (another volunteer group). She came back last week and our joy knew no bounds when we saw her.”