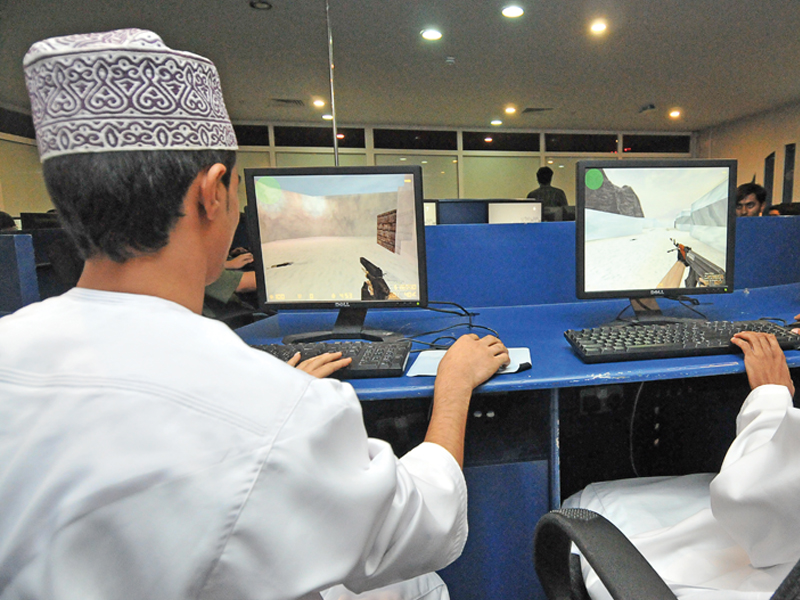 The coronavirus-imposed lockdowns and other restrictions all over the world affected thousands of industries, but one business has seen a boom during this time – the gaming industry.

Being stuck at homes, more and more people turned to their PS4s (PlayStation 4 home video game consoles) and even mobile phones to play games with online friends from around the world. While some were pros, most played for fun.

Games like FIFA Football and War Commander were among the most popular.

Between April and June this year, 51.2 per cent more mobile games were downloaded via the Google App Store than in the same quarter of the previous year, an increase of 4.2bn downloads, as per Kryptoszene.de, a news and information platform that publishes cryptocurrency forecasts, investment news and background reports.

In Oman too, more and more gamers who were stuck indoors, opted to use the opportunity to continue with their passion.
Sultan Khalfan, an avid gamer for the last ten years, said, “It is clear that the gaming industry is benefiting from the crisis in other respects too. I always play games.

Before COVID-19, for competitions we used to go to Japan or other countries as gaming was more of face to face, in person. But now with the global lockdown, we were stuck indoors and thus we played online. This means travel and accommodation expenses were saved and time too, which was good for us.

“Last month, I represented Oman in a tournament for GCC. I am more into action games like The King of Fighters and Samurai Shodown.”

He also played online with players from the US and Japan because he loves to challenge strong contestants, Khalfan added.

Another gamer, 31 year old Hamad Ali added that his favourite ones are PUBG, FIFA Football and Fortnite World Cup.

“I play these games for almost 90 minutes daily and all these  years I had been playing with friends from Oman. This is a rare time where I got players from around the world who gave me hard times and I enjoyed it thoroughly. I also downloaded some other games for my cousins, mostly the free ones.”

Many of the players have raised this concern that the Internet speed in Oman is not apt for gaming and causes lagging.

“I got disqualified several times before the game because the connection was poor and it caused disturbance. So, we need  to improve on that to have the culture of gaming thrive in Oman,” said Khalfan.

According to forecasts, worldwide sales of video games are set to increase by 11.4 per cent this year compared to 2019. The e-sports sector is also growing.