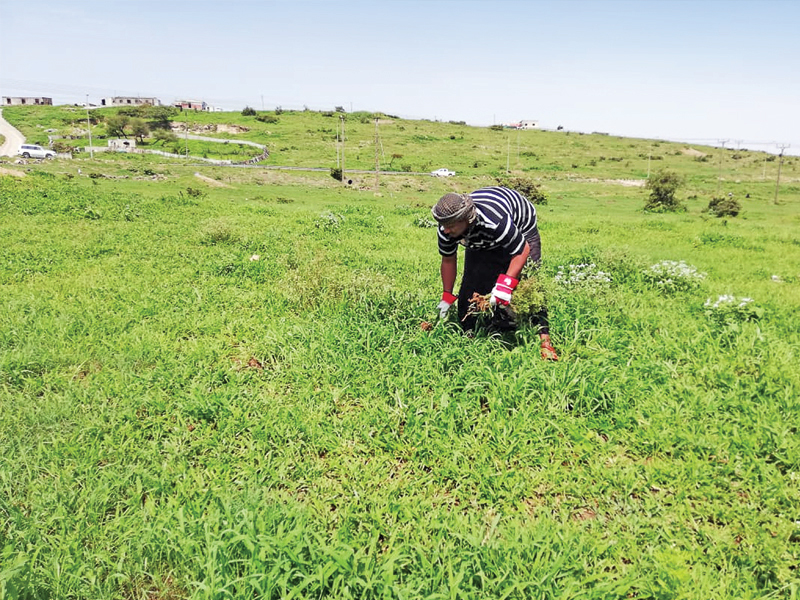 H E Sayyid Mohammed bin Sultan al Busaidi, Minister of State and Governor of Dhofar, issued Ministerial Decision No 189/2020 to form a joint working group to deal with the Parthenium plant in the Dhofar governorate.

The team will undertake research study on the invasive species, the mechanism of dealing with it, and will coordinate with the private sector to ensure the integration of community efforts.

It also includes representatives from the Ministry of Higher Education, Research and Innovation, and a representative each from Sultan Qaboos University and Dhofar University.

Hailing the Ministerial Decision, Muslim al Kathiri, a livestock owner in Dhofar, said, “We welcome this decision. Parthenium is a noxious plant that has plagued vast stretches of Dhofar’s plains and farm fields. It is considered to be the worst known weed.”

He added, “The people of the region come together to remove large quantities of harmful plants and are ready to cooperate with the team.”

Ali al Shanfari, another citizen, said, “We thank the minister for creating a team. The team needs community support. The volunteer teams received the decision with great happiness.

“We formed a team called Iteen Voluntary Team. The team aims to provide relief to the agricultural sector in the wilayat of Salalah.

“We call on all responsible parties to cooperate and join forces to preserve and protect our environment.”

The Parthenium plant produces allelopathic chemicals that suppress crop and pasture plants, and allergens that affect humans and livestock.

The Dhofar Municipality announced that H E Sayyid Mohammed bin Sultan al Busaidi, Minister of State and Governor of Dhofar, has given his approval to a team to prepare a study on rainwater drainage system.

The team will include experts from the fields of soil and water management, geology, water engineering, natural sciences, civil engineering and urban planning.

‘Some 89 applications were received for team membership and nine members were selected based on their qualifications and experience.’