Aim is to win the title, says Ahmad 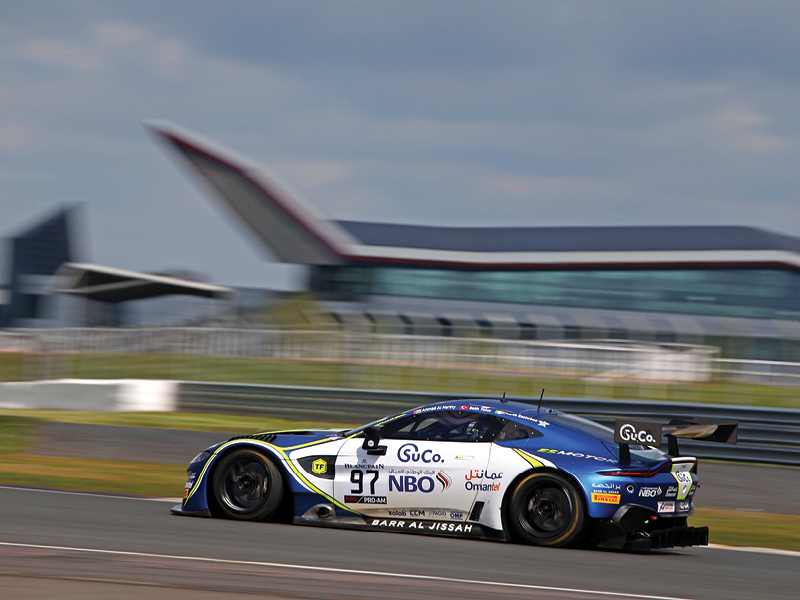 He is a champion who has flown Oman’s flag high in the world of motorsports for the past decade. And like every champion, Oman’s Ahmad al Harthy loves to take on fresh challenges.

The COVID-19 pandemic had disrupted the motorsports calendar across the world and following his pullout from the British GT Championship, Ahmad had been in the look out for a new challenge, having had successful and memorable campaigns in Europe over the past few years.

On Wednesday, Ahmad announced that his team, Oman Racing, will be making their debut in the competitive Asian Le Mans Series 2021, which will be held in Thailand and Malaysia.

Ahmad will once again team up with his regular partner, Jonny Adam, and completing  the team line-up will be 2020 British GT GT4 champion, Tom Canning, in their Aston Martin AMR Vantage V8 GT3.

Speaking to Muscat-based mediapersons in a virtual press conference on Wednesday, Ahmad said: “It is great to

announce my return to racing after several months. The COVID-19 pandemic forced cancellations of many racing series but it also provided us new opportunities for me to explore.

I am delighted to make my debut in the Asian Le Mans Series. With its association with Le Mans organisers, it is expected to be a competitive series.

“But the big attraction is it[Asian Le Mans Series] offers a direct pathway to the world’s most prestigious endurance race – the 24 Hours of Le Mans.”

The 24 Hours of Le Mans has been held annually since 1923 and is also called the ‘Grand Prix of Endurance and Efficiency’.

With a direct ticket on offer, Ahmad said: “The aim to enter the series is to win the GT3 title and secure a seat at the world-famous 24 Hours of Le Mans.”

As in recent times, Oman Racing will be powered by UK-based Tom Ferrier’s TF Sport,and the four-round series will begin on January 9 and conclude on January 26.

Ahmad said, “It will be a new challenge and I am excited about it as I have never raced on both the tracks. The entries are still coming in and we expect a good number, given that there haven’t been many races across the world due to coronavirus.

“With Tom [Canning] and Jonny in the team, we are confident of achieving the top honours in the main GT3 category. We are a strong team and prior to our participation in January, we hope to compete in few one-off races in Europe later this year if restrictions are eased.”

In his comments on the official Asian Le Mans Series website, Canning said: “It’s really exciting to be racing with Jonny and Ahmad, they are both proven GT3 champions and I think we’ve got a great shot at the championship title. I’ve got a lot of confidence coming off the back of my championship win in British GT GT4, but I think this is a pretty big step up.

“Although I already feel comfortable in the GT3, the circuits are unknown to me and racing with Le Mans prototype (LMP) cars will be a new experience, but it’s all steps towards my ultimate ambition of racing in the World Endurance Championship.”

Adam, the designated Platinum driver, said: “I’m looking forward to racing in Asian Le Mans and it’s nice to be back racing with Ahmad. It’s a different championship to what we had planned, but Ahmad is a well-prepared Bronze driver and now to be joined with a strong Silver in Tom is great.

“It’s two circuits I have never been to, but the three of us will do as much prep work on the simulator as we can before we go. The car should be really good out there and the team have obviously raced in the championship before and we’ll be on the Michelin tyre, which TF Sport has experience with already in 2020.”

Ahmad admitted that it was ‘tough’ to be away from racing since the pre-season British GT test in March.

He said, “I’ve been working hard to keep fit and motivated, and I’ve been concentrating on the world of motorsports a lot. I’m really looking forward to racing and hopefully, stand on the top podium again.”

In the spirit of the 24 Hours of Le Mans, the Asian Le Mans Series features four-hour endurance races with driving duties shared by drivers.

For the 24 Hours of Le Mans in 2021, the invitations will be handed to the winner of GT3 class if the field in between four to seven, class winner and runner-up if the field is between eight to 13 and the top-three if the field is of 12-15 cars.