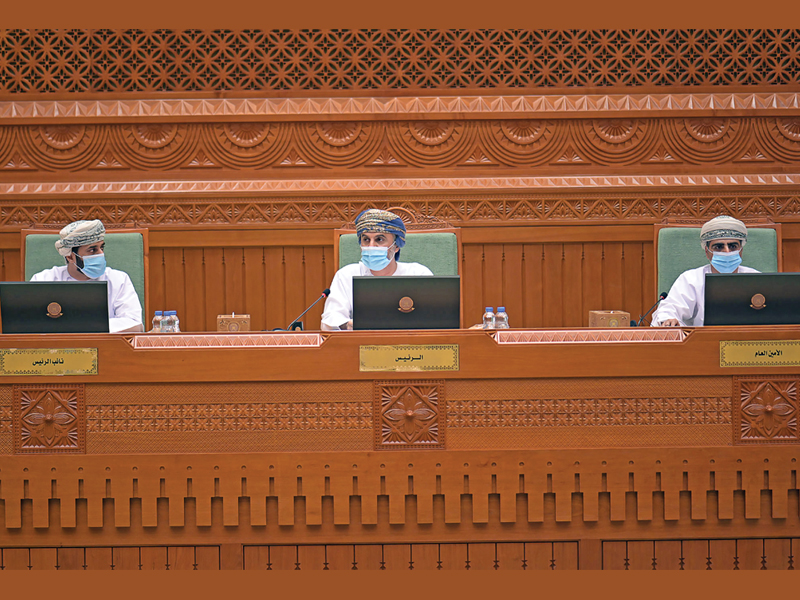 The Majlis A’Shura on Tuesday held its 13th ordinary session of the ninth term’s first annual sitting during which its members discussed the verdict of the Shura-State Council Joint Committee on matters of discrepancy about the Value Added Tax (VAT) Draft Law.

Earlier, the Council of Ministers forwarded the VAT Draft Law to Majlis A’Shura, describing it as an urgent issue, and decided to send back the draft of the law to the State Council for completion of formalities.

The Majlis A’Shura also endorsed the view of the Education and Research Committee about a cooperation agreement with the Government of Hungary.

The agreement in the field of higher education was forwarded by the government to Majlis A’Shura.

The members also heard replies sent by ministries about audit instruments proposed earlier, including the allocation of certain oil and gas activities as exclusive to Omani firms.

Additionally, they heard queries on procedures undertaken to repatriate non-Omani manpower, a proposal on developing Arabic language teaching, and the suspension of the issue of wood and charcoal collection.

The members heard a ministerial reply related to the economic and financial status of the mining sector, the challenges posed by the sector and its contribution to the sultanate’s Gross Domestic Product, in addition to the issue of crushers and functioning of quarries.