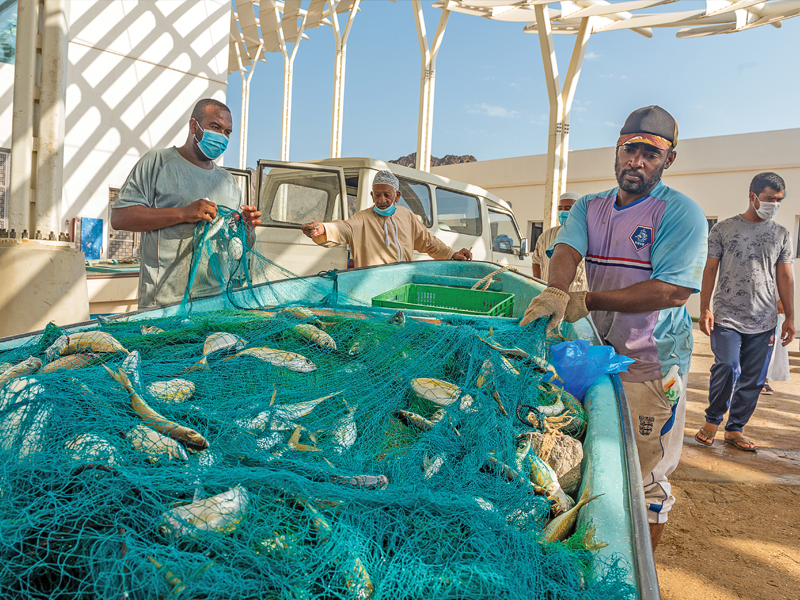 The Ministry of Agriculture and Fisheries and Water Resources (MoAFWR) said that the sultanate’s fish production increased by 34 per cent during the first half of 2020 compared to the same period of last year.

From January to July 2020, Oman’s total fish production was up by 34 per cent to 372,000 tonnes with a value of RO161mn compared to the same period of last year, according to statistics of the ministry.

The ministry said the quantity of fish exports reached 138,000 tonnes and was valued at RO58mn. Production of the artisanal fishing sector was about 358,300 tonnes while coastal fishing reached 2,300 tonnes and commercial fishing accounted for 11,200 tonnes.

The ministry has launched several programmes to develop the fishing fleets as part of its endeavour to develop the artisan and coastal fishing sectors and support commercial fishing in the high seas.

The ministry launched the advanced fishing boats programme that aims at introducing 270 state-of-the-art boats by the end of 2023. ‘We have also prepared a plan to develop the coastal fishing sector,’ it said.