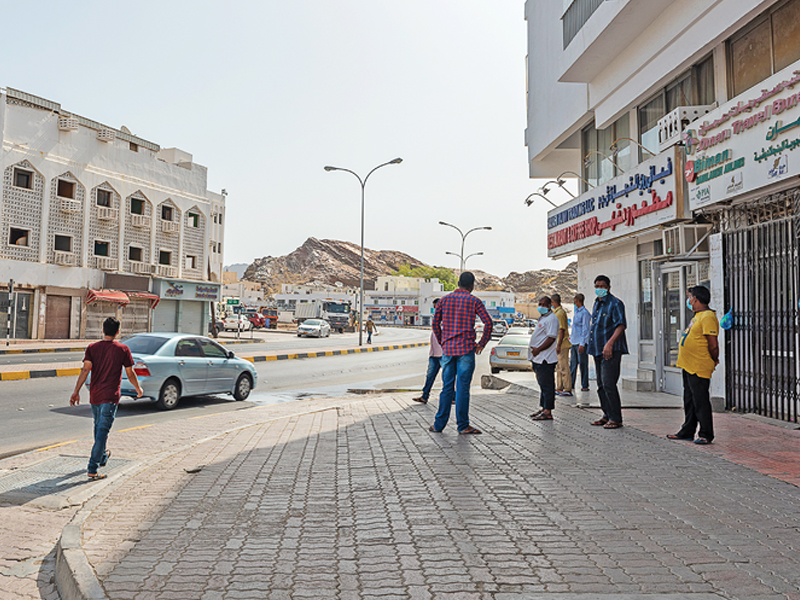 “I want to go home. I want to return to my country and family,” cried Aslam, a blue-collar worker from Bangladesh.

Aslam is one among hundreds of such desperate workers who are facing difficult times having lost their jobs and means of income during the coronavirus pandemic.

“I used to work as a labourer for a construction company in Ghala. The company stopped all work in April and we have been out of work ever since,” Aslam said.

“To add to the woes, I have been denied my pending salaries. I am finding it extremely tough to survive and I want to return to home.”

He said his sponsor, who is in Sur, is not available over the phone and it is difficult for him to go there in search of him.

“I am ready to pay for all the formalities for my exit but first I need to find the sponsor,” he said.

This indeed is the plight of a large number of blue-collar workers and others who have come to the sultanate on ‘open visas’. They usually work at construction sites or as part-timers at restaurants or as domestic helps.

Although such people share accommodation which cost them around RO20-30 per month, in the current circumstances they find it difficult to even pay that amount. For some finding food alone is a struggle now.

Some have lost the meagre amount of money they had to  unscrupulous people who promised them safe passage home.

Shahnaz, a Bangladeshi woman, is such an unfortunate soul.

Having lost her job and faced with a family emergency, she was desperate to get back

to her country as soon as possible.

She has been duped by a middleman who was supposed to help her go back home.

“I lost RO150 and he is again asking me for RO100. I approached the embassy but they are unable to assist me,” Shahnaz said, trying hard to hold back her tears.

She said she wanted to be bythe side of her ailing sister in Jamalpur.

“I have exhausted all my savings and now I’m with some friends who are providing me food and shelter.”

Alam Mansoor, a 40 year old Bangladeshi who worked as a restaurant help, is another person who has been tricked.

He said, “I am sick and tired of such fake assurances. I lost RO65 to a person from my home country. I got to know him from a common friend in Hamriya. He is said to have helped others with processing papers. But he duped me.

“His is unreachable over the phone now.”

He said he survived about two months with just one meal a day before some friends heard of his sad situation and came to his rescue.

The Bangladesh Social Club in Oman has been working relentlessly to assist such people in distress, said a social worker of the community.

“We are helping stranded people go back home and have assisted almost 4,000 people,” said Mohammad Yaseen Chowdhary, a senior social worker of the Bangladeshi community.

They are sent to Dhaka through arrangements with airlines such as SalamAir, US-Bangla, Biman and Oman Air.

“We refer them to the embassy and it takes up the individual cases, assisting people as per their need and emergency,” Chowdhary added.