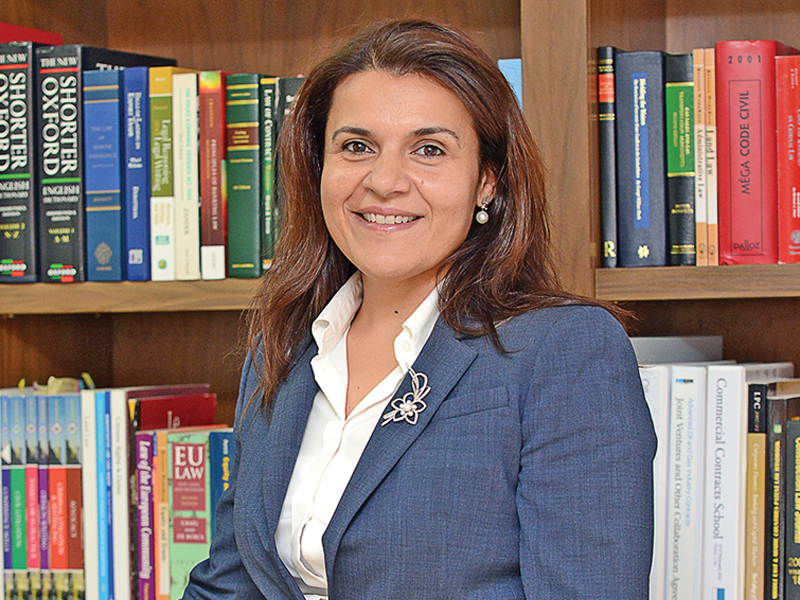 A fire on the night of August 3 ended the life of a shining star in Oman’s legal firmament. The fire in Sahar Askalan’s home went undetected until it was too late. This is yet another wake-up call for the need to make installation of fire and smoke alarms a legal requirement in every home to stop needless loss of life.

Sahar was reputed to be the first Omani woman to open her own legal practice – Sahar Askalan Legal Advocacy & Consultancy (SAlegal) – in the sultanate.

Qualified to practice before courts in Oman and the United Kingdom, she worked with top tier international law firms in London, Paris and Abu Dhabi for 18 years before heading home. She strove to raise the standard of legal practice in Oman.

Sahar lived alone in a villa in Fahud Street, Qurm. According to her bereaved sister Hanan Askalan, Sahar worked late and dozed off on a couch in the first-floor office room in her house on the night of August 3. “The fire broke out late at night, but we really do not know when,” she said.

Hanan believes a short circuit in one of the air-conditioning units on the ground floor caused a confined fire. “Unfortunately, that area had Sahar’s gym equipment which resulted in a massive amount of black smoke. She inhaled a lot of smoke while sleeping causing her suffocation,” Hanan said.

The family was alerted of the situation only next morning when a neighbour noticed smoke in the kitchen exhaust vent during Fajr prayers.

“They called the police who called us after going to her house,” Hanan said recalling the tragic turn of events.

While more clarity on the actual timeline and sequence is expected after the investigation report is made available, the undeniable fact is that this tragedy could have been averted.

“If there were smoke detectors in the living area, my sister would be alive today,” Hanan said, making a fervent appeal to all to install safety equipment in their homes to prevent the loss of near and dear ones’ lives in fires.

The guidelines issued by the Public Authority for Civil Defence and Ambulances (PACDA) on the prevention of fire includes smoke detectors as a must in homes, besides ensuring the maintenance of these devices. But guidelines that are not legally enforced are seldom followed.

Describing her sister as someone who was fun to be with, Hanan said, “We teased, chatted, laughed and argued. Her laughter filled the house when she came home. At the same time, you made sure you left the area if she was not in a good mood or angry! Bless her. Mum had a magic effect on her in whatever mood she was in, while Father – God bless his soul – was her pillar of strength.”

Sahar hated being told what to do, Hanan added. She worked hard to qualify as a lawyer and establish Salegal.

“Very loyal to her team who shared the journey with her, Sahar never took ‘no’ for an answer; she made it happen. She had amazing determination. She is very righteous with an amazing heart,” Hanan said of her sister, referring to Sahar in the present tense every now and then as she struggles to come to terms with the loss.

We lost my beloved sister, Sahar Askalan… young and in the glory of her life and her giving. She flooded our hearts with her vitality, her ambition and her smile. She suddenly passed away due to smoke inhalation while she was asleep. Smoke that creeps into our lungs while we are asleep without our awareness and even if we become aware of it, it’s often too late.

With a shattered heart, and tears of pain and sadness, I was frantically looking for fire alarms, where are they? Why didn’t an alarm go off to save my sister?
My heart ached more when I learnt that many houses lack these life-saving devices.

It is with this painful experience, these lines were written to protect every mother, father, sister or brother from this tragedy.

With that I make this plea to every citizen, to every Municipality and Civil Defence to pursue the following without any delay:

1. New houses must have fire and smoke detectors as a mandatory specification to be enforced before giving building completion licence or certificate.

Civil Defence mandates installation of fire and smoke detectors in all residential buildings to be tested before certification issuance.

3. Home owners are given short grace period to install such devices in every house they own.

4. Coordinate with consumer protection agency to monitor and exercise price control on such devices.
These devices are battery operated and wireless. Devices that can also detect carbon monoxide are preferable as this gas is lethal.

I appeal to everyone not to wait and take the initiative to install such devices in your homes today, not tomorrow. A simple device like this could have saved Sahar – God bless her soul. It is bestowed on us to take all precautions to protect our loved ones and only then pray and ask God to bless us with safety.

Let us make our condolences for the loss of our sweetheart a magic to save the souls of others. We belong to God and to Him we shall return, and may God’s mercy be upon you, my dear sister.