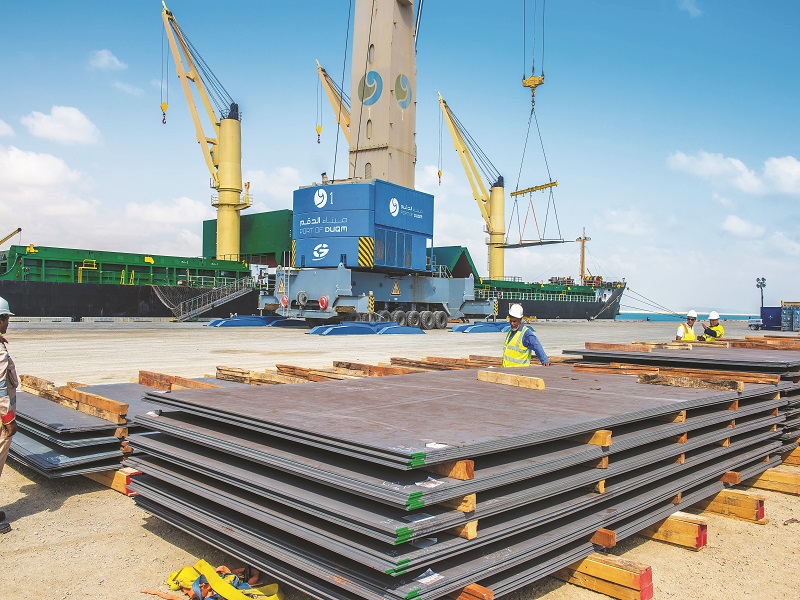 Port of Duqm, one of the sultanate’s major and most ambitious projects to facilitate economic growth and diversification, is now 100 per cent ready to start commercial operations as all infrastructure projects related to the operation of the port are near completion.

In an interview published in the latest edition of Duqm Economist, a quarterly magazine issued by the Special Economic Zone Authority at Duqm (SEZAD), Dr Ismail bin Ahmed al Balushi, CEO of SEZAD, said that all infrastructure projects related to the operation of the Port of Duqm would be completed by the end of this year. He said that SEZAD has handed over the commercial berth to Port of Duqm Company to undertake its operations on the entire berth of 2.2km.

Balushi asserted that the port is 100 per cent ready for commercial operations, indicating that Port of Duqm Company undertakes its operations through two mobile cranes, but SEZAD is reviewing bids for the tender of automatic cranes for containers to be fixed on the commercial berth.

Commending the work progress on infrastructure projects for Duqm Port, SEZAD’s CEO said, “We have completed the commercial and oil berths in 2020 after completion and handover of the government berth to the government entities concerned with the security and safety of the port and Special Economic Zone in Duqm (SEZD) in 2019. Some of them had already started work from their buildings on the berth. Some construction works in the second and third packages from Duqm Port will be completed by the end of this year.”

Balushi told Duqm Economist that the main roads linking the port to Duqm Refinery and the medium, heavy, and petrochemical industries zones are now complete, notably roads No 1 and 5 connecting the port to many strategic projects in SEZD.

Developed as a multi-purpose port in the Middle East region, the Port of Duqm includes two container terminals of about 1,600m, which are ready to handle about 3.5mn TEUs annually. The commercial berth also includes a terminal for dry bulk materials with a capacity of about 5mn metric tonnes annually, and a multi-use plant with a capacity of about 800,000 metric tonnes annually, Balushi explained.

He further said that the capabilities of the Duqm Port are not only limited to commercial services, but also include the export of petroleum products through the liquid and bulk materials berth accomplished during the current year.

Balushi expressed optimism about the ability of Duqm Port to achieve its goals to be one of the prominent economic milestones in the modern renaissance march.