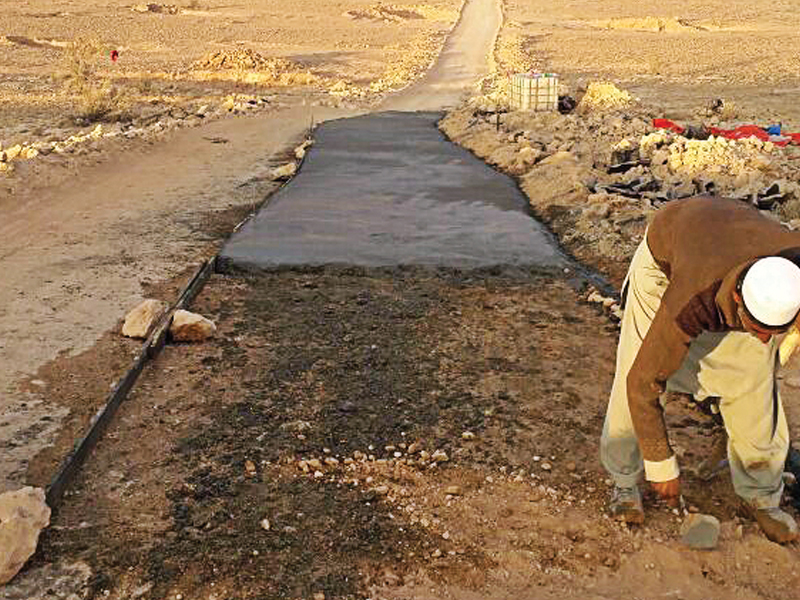 In a novel approach to community participation, people of the wilayat of Dima Wa al Taein in North Sharqiyah have pooled in resources to construct a road.

Given the name ‘Jebel Maqtaa’ by who built it, it’s a lifeline for many in the villages in the wilayat.

Ahmed Mohammed al Owaisi, a citizen who volunteered his time and labour in the community project, said, “The residents of Dima Wa al Taein came together as a family to build the road linking the village of Ismaiyah with wilayats of Quriyat and Sur.”

According to Owaisi, the villagers started work on the road in 2015 using cement and sand. The road will cut across difficult terrain through valleys and roll down steep slopes. When complete, it’ll be of a total length of 30km, of which 10km will run through wadis. A stretch of 5km has now been completed.

Speaking to Muscat Daily, Owaisi said, “About 50 young volunteers come together on weekends to work on the road. Work starts from 6.30 in the morning and ends at 12 noon. We work with our bare hands, using traditional tools.”

Asked what it costs, he informed that on an average, the villagers spend RO4,000 in constructing a 200m stretch of the road.

Archaeological Tombs and the Majlis al Jinn cave. It also leads to Jebel Maqtaa mountain, which is popular among tourists, especially those wishing to drive across the governorates of North and South Sharqiyah through the mountains.

The road is used daily by school students. More than 30 school buses ply the road every day transporting more than 300 students to and from school.

“Many accidents occur and vehicles overturn on the treacherous sections of the road. So we thought about laying the road with cement and sands. Some sections of it need 4WD. And when it rains, it wreaks havoc.

“Our people have gone out of their way to donate money for the road. But we’re still short of funds for the coming days to complete the project. We’ve overcome these difficulties with teamwork and determination so far,” Owaisi said.

The team has collected the RO4,000 needed for the next stretch of 200m that it’ll work on next week.

“But to complete the road, we will need more funds and call on everyone to help us to complete this road project that we have started.”