‘City made mistakes in shock exit’ 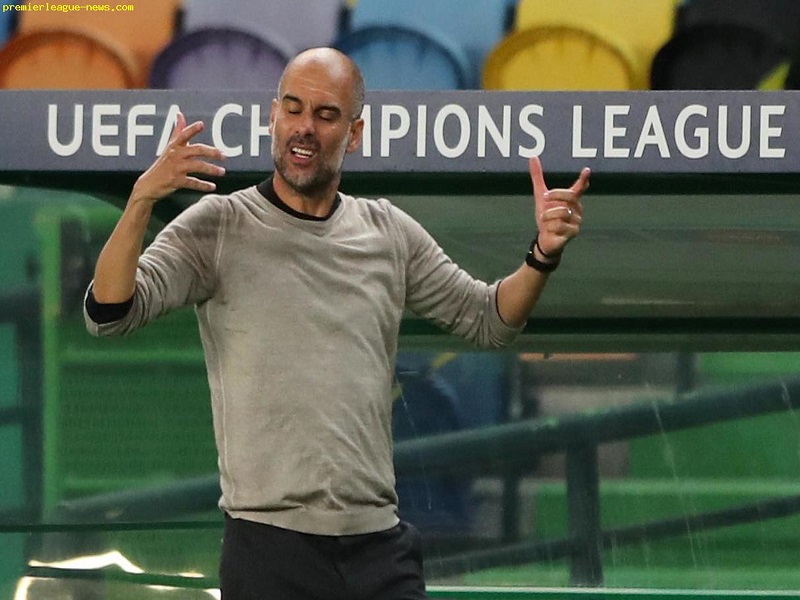 Manchester City manager Pep Guardiola admits that his team paid for mistakes in the Champions League quarterfinal against Lyon on Saturday. The French club won 3-1 to set up a semifinal clash with Bayern Munich.

Manchester City manager Pep Guardiola said he and his club are not looking to ‘find excuses’ for the team’s 3-1 defeat to unfancied Lyon in the Champions League quarterfinal in Lisbon, Portugal, on Saturday.

Lyon, went through to a potentially daunting semifinal against Bayern Munich, were rank outsiders having finished seventh in the curtailed French League season this year.

Guardiola said that City made mistakes in their shock exit, failing to make it into the semifinals for third successive season.

The English Premier League club also paid for misses during a match in which VAR came to the fore in a drama-filled conclusion.

Lyon’s Moussa Dembele appeared to foul Aymeric Laporte in the build-up to Lyon’s second goal, but VAR decided it was not enough to rule out the strike.

Raheem Sterling then missed an open goal from just yards out before Dembele scored his second of the evening after a spilled save from Ederson fell into his path.

After failing yet again to make it to the semis, Guardiola said: “One day we will break this gap.”

“The second half was OK, I had a feeling we were better but you have to be perfect in these competitions.

“I don’t want to talk about the circumstances [of Dembele’s first goal], it looks like I’m complaining or finding excuses. We are out. We did a lot of good things and in the end it was not enough.

“We made mistakes in both boxes at key moments and that’s why we are out. We scored a magnificent goal but unfortunately we missed another one. You have to be perfect, you cannot make mistakes.”

In his post-match press conference, Guardiola said his players were naturally upset after the result but they would be given time to rest before turning their attentions to next season.

He added: “The players are, of course, sad. Now we are going to [go through these emotions] in the hotel. It’s part of the game.

“We struggled [in] the first 15-20 minutes to find the spaces to attack a little bit better with more consistency. Then after the last 15-20 minutes [of the first half], they [Lyon] started to play really good and a team like we knew – so aggressive, defensive and strong, like all the French teams.

“And the second half, we were good but was not good enough. The distance sometimes [is] the chances we miss and after we concede a goal. It is what it is. Maybe one day we will break past the quarterfinals, we are not able to do it. I am not able to with these incredible guys. We will try in the future.

“The show must go on and now it’s time for the players to take a break, we are going to get in as many days as possible.”

Kevin De Bruyne equalised for City in the second half, firing home with a superb finish, but he was also straight to the point with his own assessment of the defeat.

De Bruyne told BT Sport: “We need to learn. It’s not good enough and that’s it. Different year, same stuff. The first half wasn’t good enough, we started slow but in the second half we played really well.

“In the second half we played well and had them under pressure. We played more offensive like we normally do. At 2-1 if Raz [Raheem Sterling] scores it’s 2-2 and the game goes on. That’s football, it’s fine margins. They made it 3-1 and the game is over.

“I have no idea [about the VAR decision], I haven’t seen it back. Whatever they decide, they decide. I’m not going to blame that. We should have done better.”

Garcia: Success down to team spirit

For Lyon, they are on a sensational Champions League run, knocking out Juventus and City in the knockout round so far, but face a daunting semifinal against Bayern Munich on Wednesday.

Coach Rudi Garcia, whose appointment last autumn was not widely welcomed by fans, said: “I’m proud of my players. We believed in ourselves. We knew we weren’t favourites and we were playing a top team.

“Above all our success was down to our team spirit. Everyone worked for each other and the substitutes helped a lot.

“We won the tactical battle. There are still matches to be played and hurdles to overcome and we’ll try to overcome them.

“Moussa was disappointed not to start but I told him before the match that he would be very, very important when he came on.”

On the pitch, Lyon went ahead in the 24th minute with Maxwel Cornet’s smart finish but City, lifeless as Guardiola chose to play a three-man central defence, looked to have been revived by Kevin de Bruyne’s precise strike from Raheem Sterling’s pass after 69 minutes.

Former Celtic striker Dembele, on as a substitute, restored Lyon’s lead in contentious circumstances 11 minutes from time, the video assistant referee ignoring what appeared to be an obvious foul by the goalscorer before he ran on to beat Ederson.

City pressed for the equaliser but Sterling was guilty of an atrocious miss, somehow sending his finish over the top of an open goal from Gabriel Jesus’ pass.

It proved to be hugely expensive as seconds later when Dembele scored his second after Ederson fumbled a shot from Houssem Aouar’s routine shot.

Lyon’s celebrations were wild at the final whistle – and who can blame them after a magnificent victory against many experts’ favourites.

Bayern Munich will be hot favourites after their astonishing 8-2 demolition of Barcelona but this revamped knockout format has already produced its share of surprises and Lyon have shown they must not be written off.

Goalscorer Dembele speaking to RMC Sport said: “We are still in it, which means we have a great team.

“We are taking it game by game, not getting carried away. We will try to be ready for Bayern.”

Lyon’s Garcia is the first French manager to guide a French team to the Champions League semifinals since 2009-10 (Claude Puel with Lyon).

The Champions League semifinals will see two French teams (PSG, Lyon) and two German teams (RB Leipzig, Bayern Munich). It is the first time since 2012-13 that there are just two different nations at the semifinal stage.