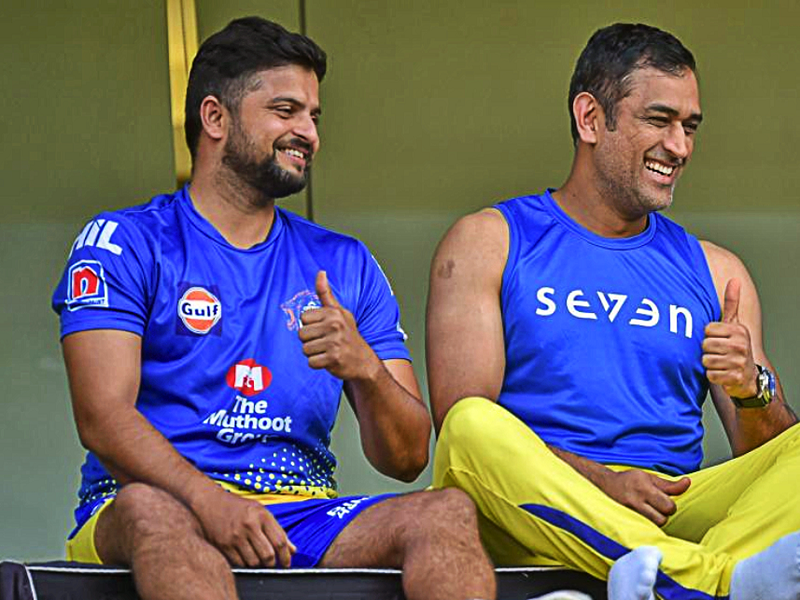 Mahendra Singh Dhoni on Saturday announced his retirement from international cricket, bringing an end to the top-flight career of one of India’s greatest limited-overs cricketers, and its most successful captain.

He is the only captain to lift all three ICC trophies – the 50-over World Cup, the T20 World Cup and the Champions Trophy – and he also took India to the top of the ICC Test rankings.

MS Dhoni, 39, took to Instagram to make his announcement, putting up a slideshow of images from his career, with the caption: “Thanks – Thanks a lot for ur love and support throughout.from 1929 hrs consider me as Retired.”

While the post didn’t specify it, the retirement is only from international cricket, and Dhoni will play for Chennai Super Kings in the upcoming IPL 2020. He arrived in Chennai on Friday for Super Kings’ short camp at Chepauk ahead of IPL 2020, which will be played in the UAE from September 19 to November 10. Kasi Viswanathan, the Super Kings CEO, had recently said that the team expected Dhoni to play for the franchise even after retirement, till at least 2022.

Earlier in January this year, N Srinivasan, the vice-chairman and managing director of India Cements, owners of the Super Kings franchise, had said that Dhoni would be retained by the team going into the mega auction for the 2021 IPL.

The announcement meant Dhoni’s final international match would remain his 350th ODI: the World Cup 2019 semifinal against New Zealand in July 2019. Dhoni made 50 off 72 balls in that game before being beaten by a rocket throw from Martin Guptill by inches as India exited the tournament.

Dhoni hasn’t played any competitive cricket since then and had only resumed proper training with Super Kings in March before the COVID-19 pandemic hit.

Dhoni also played 90 Test matches and 98 T20Is in an international career that began in December 2004. His statistics are outstanding: more than 15,000 international runs across formats, 16 centuries, and more than 800 dismissals as wicketkeeper.

“It is the end of an era,” Sourav Ganguly, Dhoni’s first international captain and now the president of BCCI, said in a statement. “What a player he has been for the country and world cricket. His leadership qualities have been something which will be hard to match, especially in the shorter format of the game. His batting in one-day cricket in his early stages made the world stand up and notice his flair and sheer natural brilliance. Every good thing comes to an end and this has been an absolutely brilliant one.

“He has set the standards for the wicketkeepers to come and make a mark for the country. He will finish with no regrets on the field. An outstanding career; I wish him the best in life.”

Sachin Tendulkar said: “Your contribution to Indian cricket has been immense, @msdhoni. Winning the 2011 World Cup together has been the best moment of my life. Wishing you and your family all the very best for your 2nd innings.”

Indian skipper Virat Kohli also took to Twitter to convey his best wishes. He said, “Every cricketer has to end his journey one day, but still when someone you’ve gotten to know so closely announces that decision, you feel the emotion much more. What you’ve done for the country will always remain in everyone’s heart……

but the mutual respect and warmth I’ve received from you will always stay in mine. The world has seen achievements, I’ve seen the person. Thanks for everything skip. I tip my hat to you.”

Former Australian captain Ricky Ponting said on Twitter: “Congrats @msdhoni on a brilliant international career. I loved and enjoyed every contest we had as players and now I still have to find ways to stop you winning games against the @DelhiCapitals. Look forward to saying it in person in a few weeks time.”

Former Indian opener Virender Sehwag wrote on his Twitter handle: “To have a player like him,Mission Impossible. Na Koi Hai,Na Koi Tha, Na Koi Hoga MS ke jaisa. Players will come & go but there won’t be a calmer man like him. Dhoni with his connect with people having aspirations was like a family member to many cricket lovers. Om Finishaya Namah.”

But Dhoni’s legacy stretches far beyond the numbers: he will be remembered, as both batsman and captain, for his unconventional style and his ability to remain calm in the face of the severest pressure. That shone through in his biggest moment on the world stage, closing out the World Cup final in Mumbai in 2011 with a six to put the icing on a match-winning unbeaten 91.

In one of the other massive matches of his career, the final of the inaugural T20 World Cup in 2007, he threw the ball to Joginder Sharma for the last over instead of the more experienced Harbhajan Singh. And it worked.

Dhoni’s life story was unusual enough to warrant a biopic. His roots, in the cricketing backwaters of Ranchi; his early working life as a ticket inspector for Indian Railways; and the way he burst on to the scene, long-haired, fearless, and big, beefy hitting.

Within a couple of years he was captaining India’s fledgling T20I side in the inaugural T20 World Cup; it was, famously, an event the BCCI did not take seriously. India’s win, however, changed world cricket by giving a huge fillip to the IPL – a tournament that was already in the works – and further establishing the BCCI as the pre-eminent global power.

In the years that followed, Dhoni’s India had results on the field to match that financial clout. His captaincy was based on his cool, almost computer-like brain, and his ability to not allow the pressure of long-term results to determine his tactics. Along with coach Gary Kirsten, he put his senior performers in a comfortable place, and they returned the favour with some of their best years in international cricket.

The 2011 World Cup win was the peak of his career; after that, he had to contend with an ageing team and the toll that non-stop cricket was taking on his own body, especially his back.

His batting changed and he cut down on the pyrotechnics for a more calculated approach to batting, especially when among the tail. Towards the end of his career, though, he came in for criticism as his batting slowed down, something that came to the fore during the 2019 World Cup defeat against England.

In a chase of 338, Dhoni managed 42 off 31 balls, with India eventually losing by 31 runs despite having five wickets in hand.

No appraisal of Dhoni would be complete without mentioning his formidable record in the IPL, where he will still be active. He’s been the face of the Super Kings franchise for its entire existence, either side of its two-year ban, leading them to three titles and five runners-up finishes. Dhoni also captained Super Kings to the Champions League T20 titles in 2010 and 2014.

Raina’s Instagram post came only minutes after Dhoni’s retirement message on the same platform, and read: “It was nothing but lovely playing with you, @mahi7781 . With my heart full of pride, I choose to join you in this journey.”

Though there was no official or definitive statement, Raina’s post – and a similar one by his wife featuring him in India colours – suggest that his retirement is now fact.

Raina’s international career began over 15 years ago, in an ODI against Sri Lanka in July 2005. Even though he started with a golden duck in ODIs and a century in Tests, against the same opposition five years later, his limited-overs career was much more successful. In ODIs, he finished after 13 years – the last match in July 2018 in England – with 5615 runs from 226 games at an average of 35.31, with five centuries and 36 half-centuries. In 78 T20Is, he scored 1605 runs, averaging 29.18, at a strike rate of 134.87, also including a hundred a five fifties.

He was a part of India’s first T20I, in South Africa in 2006, and was also the first Indian to score a T20I hundred, again against South Africa in the 2010 T20 World Cup in the Caribbean.

But Raina played only 18 Tests, the last of which came against Australia in January 2015 – in what was a comeback after a two-year gap – when he scored two ducks.

He played his part in helping India win the 50-over World Cup in 2011 and the Champions Trophy in 2013. He was also part of the runners-up India side in the 2014 T20 World Cup, which Sri Lanka won.

Raina’s retirement on the same evening as Dhoni’s didn’t come as too much of a surprise as the two are known to be close; the left-hand batsman played as many as 153 of his 226 ODIs under Dhoni.

In ODIs, Dhoni and Raina still hold the record for most runs scored for the fifth wicket overall, with a tally of 2421 that include five centuries and 13 half-centuries.