Team selected for Walk of Oman 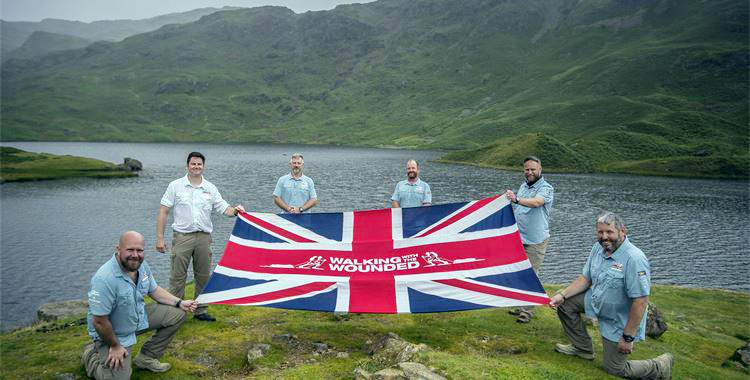 A 400km fundraising desert trek – The Walk of Oman – by wounded ex-military personnel, which was launched recently by Prince Harry in the United Kingdom, has, after a rigorous selection process, selected the final team to participate in the expedition.

Formed of five ex-military personnel and one member still currently serving, all six of the team have physical or cognitive injuries and will tackle one of their toughest challenges yet, as they pull a custom-built cart weighing in excess of 300kg (around three times their own bodyweight) across the dunes of the Empty Quarter, or Rub al Khali, over the course of 21 days.

Organised by military charity, Walking With The Wounded (WWTW), Walk of Oman expedition will start on November 20 and end on December 11.

The team will take on an epic trek inspired by Wilfred Thesiger, a British military officer who had travelled across the Arabian Peninsula in the 1940s, and will see them embrace the same hostile conditions in the Omani desert,’ stated a press release. The expedition will end on Oman’s Armed Forces Day.

The Walk of Oman is supported by The Duke of Sussex in his role as the official Expedition Patron, along with support from the Royal Office of His Majesty Sultan Haitham bin Tarik and in partnership with the Omani Armed Forces.

Highlighting the extraordinary courage of the men and women who have been injured, both physically and mentally, while serving their countries, the walk will showcase the need for continued support in aiding the transition from the armed forces into civilian life.

Experiencing extreme temperatures, as high as 95°F, and trekking between 20km to 22km per day in what will be an unforgettable three-weeks of strength, determination and grit, the team facing the desert include David Adams, Sean Gane, Ben McComb, Brian O’Neill, Andrew (Andy) Phillips and Ashley Winter.

The final team of six were chosen following a five-day selection process in which they hiked across different peaks in Grasmere, Cumbria. With the walks varying each day from 5km to 20km, the team were able to test their physical capabilities, whilst walking in an unpredictable climate and across tough terrains.

Ed Parker, CEO of WWTW, said, “We are very excited to have been able to take all six candidates as part of the team from the selection week process. The team face an immense challenge ahead of them and each will be tested mentally and physically. Throughout the selection week process, each candidate embraced the task ahead and cemented the bond formed between them that will put them in good stead for the Omani desert.”

Adams spent 13 years as an Aircraft Technician in the Corps of the Royal Electrical and Mechanical Engineers (REME), serving in the UK, Afghanistan, Cyprus and Oman. Adams was medically discharged after a diagnosis of post-traumatic stress disorder (PTSD), following traumatic events whilst serving in Afghanistan.

Gane served British Armed Forces for 12 years, serving on operational tours including Afghanistan and served his last tour in 2009. It was during this last tour that Gane witnessed many traumatic events and was later diagnosed with PTSD and hearing and nerve damage.

McComb joined the British Army Reserves in October 2005 and served as a Private Solider until 2011, during which time he was selected for officer training. In 2011, he commenced regular officer training at Royal Military Academy Sandhurst and commissioned into the Royal Artillery. McComb has neural impingement and nerve damage in his lower limbs which is incurable.

O’Neill joined the Armed Forces in 1990 aged 17 and served in the Argyll and Sutherland Highlanders, Royal Military Police and Military Provost Staff Regiment. O’Neill served in seven operational tours including Northern Ireland, Bosnia, Iraq and Afghanistan and achieved the rank of Staff Sergeant during his 26 years of serving in the Armed Forces.

Phillips served in the Royal Air Force from 1983 – 1993 as a Junior Technician, and was injured in the build-up to the Gulf War and eventually received a medical discharge due to a spinal cord injury.

Winter served as a Challenger 2 Tank crewman serving in Kosovo and Iraq. He was diagnosed with Keratoconus ten years ago and has undertaken various physical challenges to inspire others.