Worshipers call for reopening of mosques 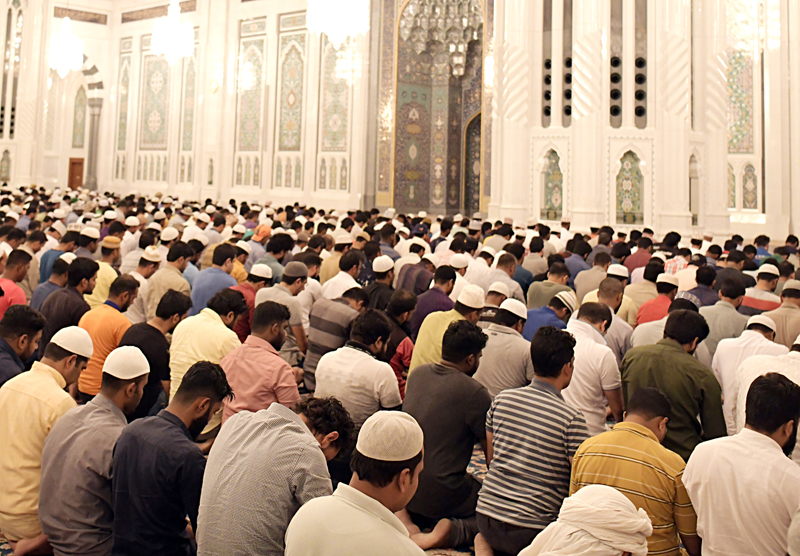 Worshipers in Oman are calling for the lifting of restrictions on prayers at mosques saying prayers were essential for Muslims and should be allowed as long as safety measures are observed.

Currently, the national serological survey for COVID-19 which began on July 19 is underway and will help the government to make a decision on the reopening of mosques, schools, colleges and other activities.

Mohsen Rashid, an Omani worshiper from Amerat, who finds comfort in saying his daily prayers at the mosque, said, “My happiness for years has been praying at mosques. It has been so long since I prayed at my neighbourhood mosque where I was a regular. I have had this feeling of missing something in me. It’s time for the authorities to allow the reopening of mosques because people already know how to take precautions.”

Another worshiper from Bousher, Naser al Jahdhami, said missing congregational prayers feels like missing daily meals. “I just feel like I am missing daily meals for my soul. I cant wait to hear the news of mosques reopening. Having masks on and taking other precautionary measures like avoiding greetings could be made mandatory to enter mosques. Awareness about COVID-19 is already among us and we are ready to take precautions,” Jahdhami said.

Even though people are allowed to pray at home in such circumstances, mosques have always been helpful for commuters who are never at home at the time of prayers. “For a person like me who is always on the move, it is not always easy to find a suitable place to pray when mosques are closed. I think mosques should be allowed to reopen for individual prayers, though congregational prayers are not held,” Adnan Amour, a taxi driver, said.

Speaking to Oman TV recently, Dr Saif al Abri, director general of disease control at the Ministry of Health, said the serological survey will take blood samples from both citizens and expatriates in the following weeks.

“This will help us to find out the extent to which the virus has spread among the community. At the same time if the community immunity is strong, it will help us make certain decisions on reopening mosques, schools, colleges, and other facilities,” he said.