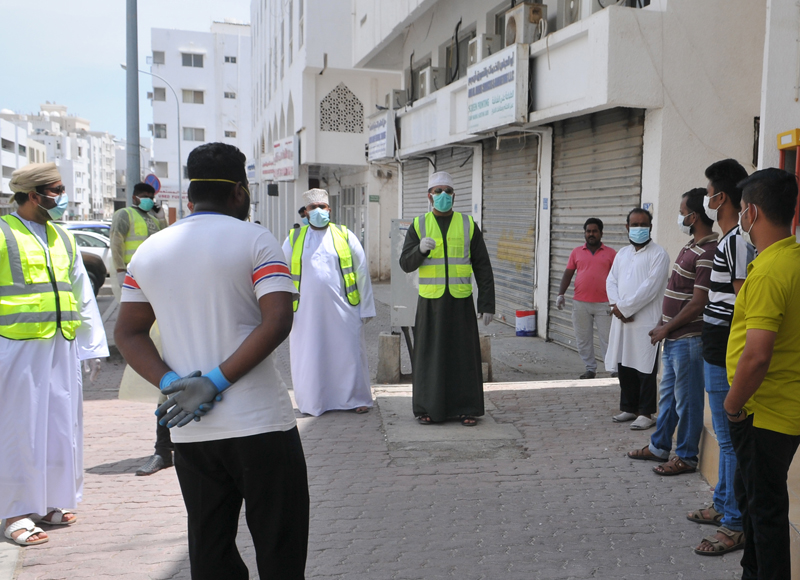 Oman has been able to turn the tide in its fight against the novel coronavirus in the last fortnight with the sultanate now achieving one of the highest recovery rates (90.3%) and lowest death rates in the world (0.62%).

The number of patients who have recovered in Oman now stand at 73,481 while the number of casualties has reached 509.

According to the Ministry of Health (MoH) data, Oman has reported a total of 81,357 COVID-19 cases, including 509 death cases, hence, leaving 7,367 people as active cases.

‘The epidemiological data in the sultanate indicate signs of a decrease in the total number of cases infected with coronavirus, the number of cases admitted in hospitals, and those in intensive care departments,’ MoH said in a statement.

‘Muscat reported the peak of COVID-19 in the first half of June and other governorates followed to reach their peak in mid-June while the hospitalisation and intensive care cases peaked during the third week of July,’ MoH said.

The ministry added, that to monitor the epidemiological situation of the COVID-19 pandemic in the sultanate, new indicators will be adopted in the event of another wave of infections. ‘The new indicators will be determined by the number of cases admitted in the hospitals, in general, and in ICUs, in particular, and data from sentinel sites* across the sultanate, using the results of the National Serological Survey of COVID-19 and using the number of daily deaths (per million inhabitants) and comparing to mortality rates in recent years.’

(*A sentinel site is a community from which in-depth data are gathered and the resulting analysis is used to inform programmes and policies affecting a larger geographic area.)