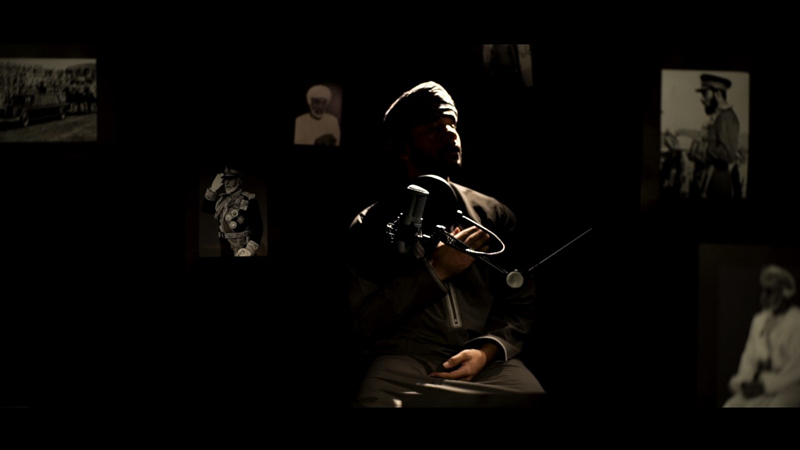 The Legend, released without any fanfare on July 26 on YouTube, is a heartfelt tribute to the Late His Majesty Sultan Qaboos bin Said. The music video is a touching depiction of loyalty and the pain at the beloved leader’s passing away.

A remarkable showcase of indigenous talent, The Legend takes the quality of audiovisual production in the sultanate several notches up. Adding to the impact of this slick production is a new singing talent named Sultan al Ruqaishi.

“After the demise of the Late Sultan Qaboos, the Al Quds team wanted to pay tribute in a memorable way – an emotional salutation in his honour,” Ruqaishi recalled how the idea behind The Legend slowly took form.

Ruqaishi’s original plans for the video had to be scaled down significantly following restrictions imposed as a result of the COVID-19 pandemic. “We had planned to shoot at various outdoor locations with several models and actors enlisted to perform,” the director said.

Fahdi, who has to his credit a showpiece libretto written for Royal Opera House Muscat’s production titled ‘Celebrating Oman: The Great Journey’, coinciding with the launch of its fifth season, didn’t have to think twice when Ruqaishi approached him.

“I have written poems on the great loss in Arabic. When my close friend Nasser al Ruqaishi asked if I can write lyrics in English to describe the passing of the late Sultan Qaboos, I couldn’t stop my imagination,” Fahdi said. “I wrote that very night because the impact of the event is so deep in my heart. I only needed to pour those feelings onto paper.”

Fahdi described The Legend as a symbolic message of loyalty amplified out to the world from a nation that loved its leader. “We felt that we had the ability to produce an artistic work in English and dedicate it to the spirit of our great beloved Sultan Qaboos.”

The video features audio clips from the late leader’s speeches, including one delivered in 1970 before his arrival in Muscat from Salalah: “I will work as quickly as possible to make your life happy for a better future.”

Shot in a dark setting with the singer seated behind a microphone and a montage of iconic still photographs of the late leader showing in the background, the video and music set the mood and tone immediately. The music – predominantly piano and violins – is uncluttered and accentuates the vocals and harmonies.

Sultan effortlessly hits the right notes spanning a wide range reflecting the loss and longing for the departed leader. The quality of his singing belies the fact that he’s an untrained singer.

While the audio employs the hocus-pocus of vocal enhancers like reverb and echo, Sultan’s talent is obvious. His covers of popular English tracks are popular on Instagram – @sultan_rqu.

Though he’s been singing since long and his passion for music has been evident early on, Sultan opted to pursue a career in civil engineering instead. “Art doesn’t get paid enough here. It’s difficult to run a family on an artist’s income,” the 23 year old said.

Curiously, through clever play of lighting and editing, the singer’s face is kept unrecognisablein the video. “I don’t need to be seen, just heard. The focus of the video is on Sultan Qaboos,” the singer explained.