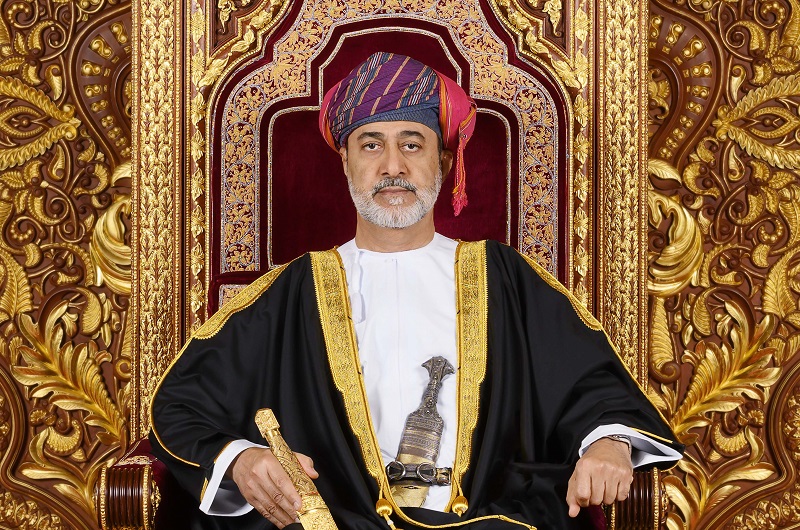 On the advent of Eid Al Adha, His Majesty Sultan Haitham Bin Tarik has exchanged cables of greetings with leaders of the sisterly Arab and friendly Islamic countries.

In his cables, His Majesty expressed his sincere greetings along with his best wishes to them and the people of their countries.

In their cables, the leaders expressed their sincere greetings along with their best wishes to His Majesty the Sultan and the Omani people, praying to the Almighty Allah to protect His Majesty, grant him good health, happiness and a long life to achieve further progress and prosperity for his people under his wise leadership. They also prayed to the Almighty Allah for the return of this and similar occasions on His Majesty, the Omani people and the Arab and Muslim nations with welfare and well-being.

His Majesty the Sultan has also received similar cables of greetings on this blessed occasion from heirs apparent, heads of governments, senior officials in the Arab and Islamic worlds, their highnesses, ministers, advisors, honourable members of the State Council, members of the Majlis A’Shura, undersecretaries, Omani ambassadors abroad, ambassadors of Arab and Islamic nations accredited to the Sultanate, sheikhs, dignitaries and citizens.

In their cables, the well-wishers expressed their sincere greetings along with best wishes of good health, happiness and a long life to His Majesty the Sultan, praying to the Almighty Allah for the return of this blessed occasion on him for many years to come, Oman and its people with further progress and prosperity under the wise leadership of His Majesty.

His Majesty the Sultan replied to the cables of well-wishers, expressing thanks for their greetings, best wishes and noble feelings. His Majesty wished them good health and happiness, praying to the Almighty Allah for the return of happy occasions on all and the Arab and Islamic nations with bounties and blessings.