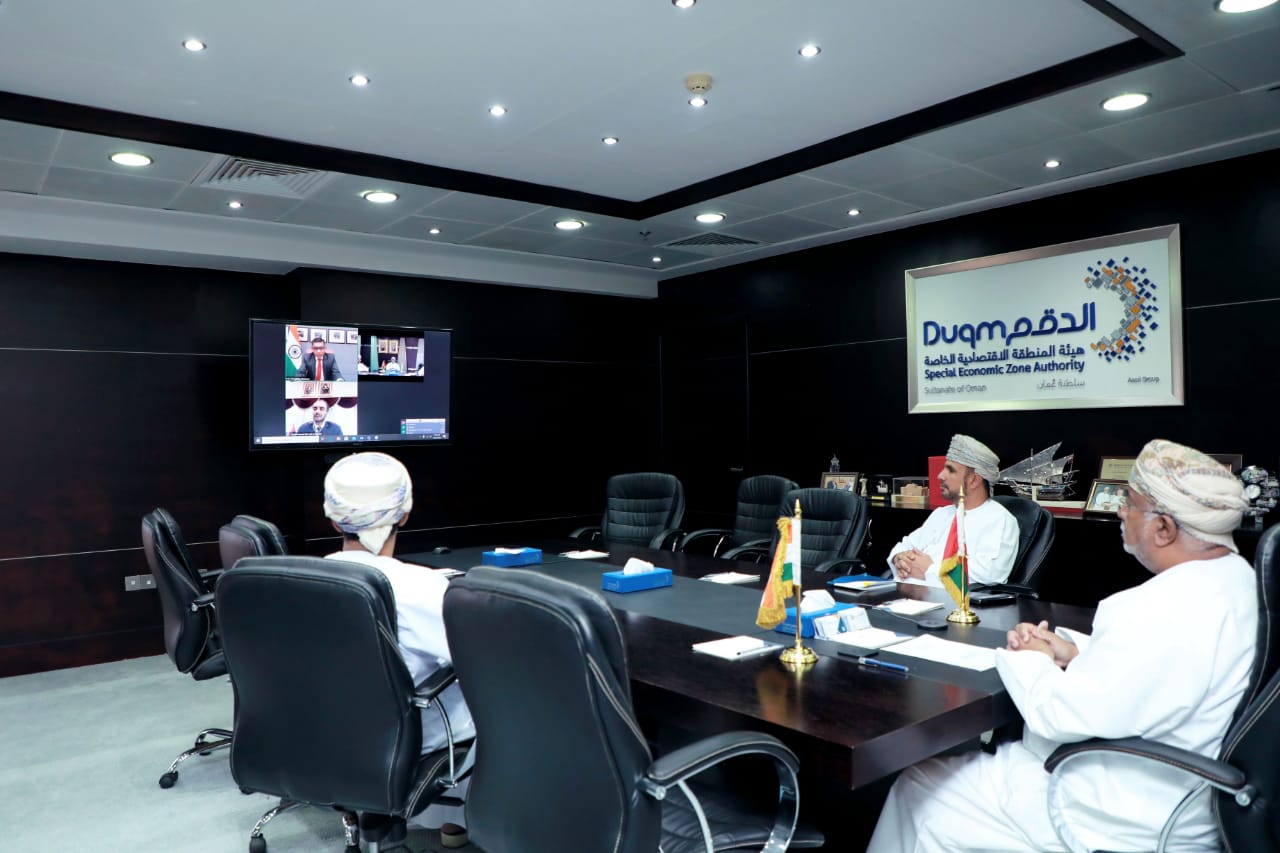 The Special Economic Zone Authority at Duqm (SEZAD), in association with Embassy of India, organised a webinar – Invest in Duqm: Oman – India Investment Webinar, on July 28.

The webinar, led by H E Yahya bin Said al Jabri, chairman of SEZAD, and H E Munu Mahawar, Ambassador of India to Oman, showcased trade and investment opportunities to Indian businesses in Duqm and highlighted the bilateral trade linkages between India and Oman. It also explained in detail the advantages and incentives offered by SEZAD for foreign investors.

H E Jabri affirmed that investments from various countries worldwide are welcomed in the Zone. In this regard, H E Jabri stressed on SEZAD’s ongoing efforts accorded towards promoting investment opportunities through the participation in different virtual webinars and conferences.

In his opening speech, H E Jabri stated, “We continue our dialogue with our overseas partners and clients to attract investments to the Special Economic Zone at Duqm.” He commended the commercial and investment cooperation between the sultanate and India and the historical relations between the two nations, explaining that trade between both countries flourished under the leadership of the Late Sultan Qaboos bin Said in a number of areas, most notably the healthcare, agriculture, and trade.

The chairman confirmed that under the wise leadership of His Majesty Sultan Haitham bin Tarik, SEZAD will continue to promote the investment opportunities and cement ties with different countries around the world. He further explained, “I strongly believe that there are a number of opportunities, which our Indian counterparts can potentially leverage on within the Special Economic Zone at Duqm. I am confident that this event will serve as a platform for the ongoing business relationship between our two nations as it is, indeed, a long standing relationship with interrelated interests and mutual friendship”.

H E Munu Mahawar said, “The Special Economic Zone at Duqm enjoys a number of investment characteristics and I’ve seen the remarkable growth and development in the Zone during my visit. The sultanate is taking a serious endeavour to establish giant projects in Duqm and the infrastructure is great.”

Azzan al Busaidi, CEO of the Public Authority for Investment Promotion and Export Development (Ithraa), touched on the incentives that the sultanate offers to investors from various countries, praising the recent amendments made to the investment laws in the sultanate, which came in line with the aspirations of investors.

In addition, Pradeep Nair, CEO of Sebacic Oman, showcased his experience of investing in the Special Economic Zone at Duqm and the facilities provided by SEZAD to investors, and praised the rapid growth taking place in Duqm.