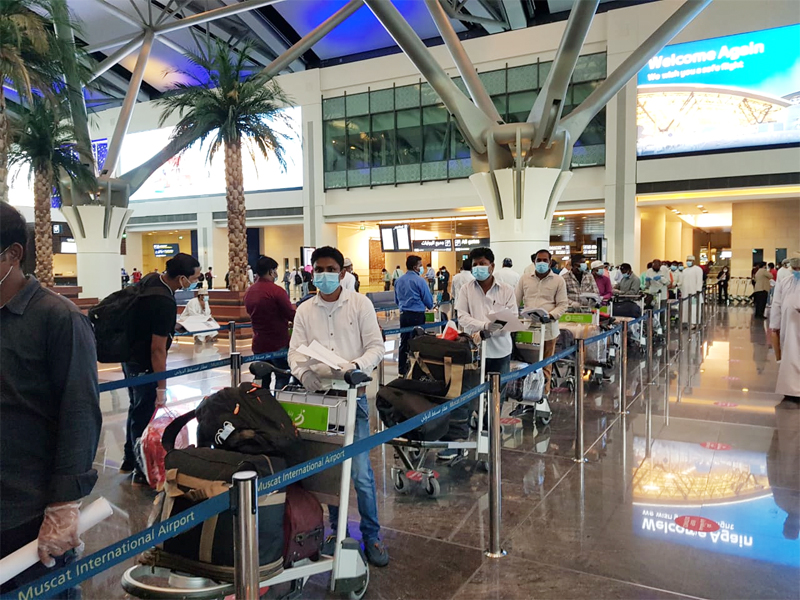 The Awadhi Wing of Indian Social Club (ISC), with the help of the Embassy of India, has been putting in a lot of efforts to help needy persons from the Indian community in Oman, from providing foodstuff to coordinating arrangements for flying Indians out of Oman, during the current pandemic.

Co-convenors Sanjit Kanojia and Payal Kanojia, besides volunteers have been on the job since the outbreak of the pandemic when the Awadhi Wing was given an opportunity by Dr Sathish Nambiar, ISC chairman, and Suhail Khan, manager, ISC Ration Distribution, to distribute rations to the Indian community. Later on, challenges increased as COVID-19 spread and till date over 20,000 families have been provided food kits by the Indian Social Club and Embassy of India, a release issued by the ISC Awadhi Wing said.

The volunteers have also been arranging for the final rites of those who died due to COVID-19 as their bodies could not be sent to India. Two bodies of persons who died of natural causes were, however, sent to Uttar Pradesh. Due to a lack of flights, it was a great challenge for them to make arrangements at short notice, they said.

Also, more than 1500 passengers were assisted to board the Vande Bharat Mission flights for different sectors (Lucknow, Delhi, Bihar and Amritsar), which included medical emergencies, tourists and pregnant women. At present, eight chartered flights were sent to North India, including three to Lucknow, two to Delhi, two to Gaya (Bihar) and one to Jaipur. More flights are being planned to North India.

“Today, I feel honoured when people shower so much love and respect. I have been getting a lot of calls and messages from stranded Indians who want to return back to India. Till now, we have helped more than 1,500 people to return back to India and this would have not been possible without the support of our volunteers,” said Sanjit Kanojia, also acknowledging the cooperation extended by H E Munu Mahawar, Ambassador of India to Oman, and Dr Nambiar, besides Arun Kumar Pandey, Awadhi Wing convenor, who led from the front, and Shakeel, head of repatriation arrangements, who has been on his toes seeking permissions for flights.