‘No need for panic buying’ 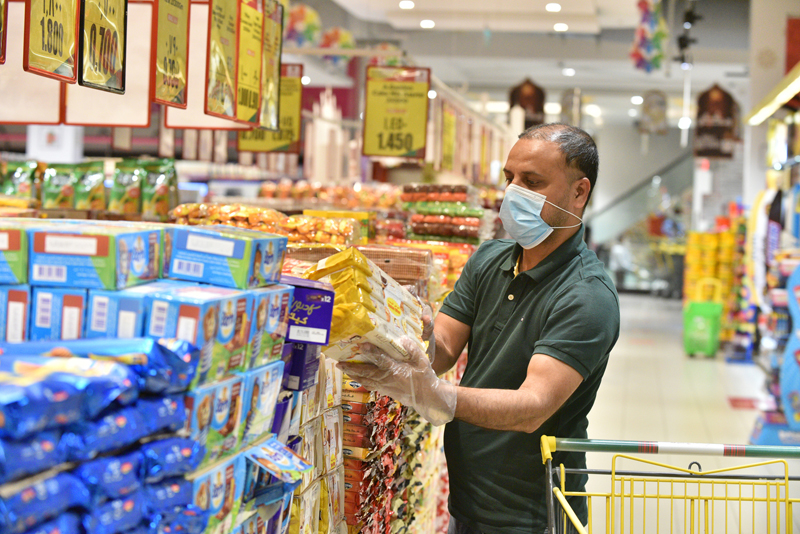 People have been urged not to indulge in panic buying and avoid crowding supermarkets and grocery stores as measures have been taken to ensure sufficient supply of foodstuff and consumables in all governorates.

The authorities said people should avoid crowding in supermarkets because of the high risk of spreading the virus. All the entries and exits of all governorates in Oman will be closed for all except for emergency cases, which will be evaluated and determined by the authorities in charge of the implementation of the lockdown.

H E Eng Ahmed bin Hassan al Dheeb, Undersecretary at the Ministry of Commerce and Industry (MoCI), said that his ministry held a meeting with traders and their representatives to advise them to get ready for the lockdown. “All governorates of the sultanate have enough stocks of foodstuffs and consumer items. Members of the public need to avoid crowding at commercial outlets, noting that there is ongoing coordination with the Public Authority for Stores and Food Reserve and companies concerned to provide foodstuff,” H E Eng Dheeb said.

During the weekend, many people were seen rushing to stock foodstuff. “I had to go shopping on Thursday evening because it would be difficult for me to shop during the day as I will be at work.

We are also worried that we might not get what we want, so it is better to stock things before the lockdown,” Said al Habsi, an Amerat resident, said.

Others too were worried that during the lockdown there would be heavy rush because of limited time. “I admit that I had to buy extra stuff because we don’t know what may happen to the stocks.

Moreover, there is limited time in the evening. There is heavy rush at the supermarkets, given this is the end of the month when many people get their salaries and are preparing for Eid,” Sulaiman al Musallami, a Seeb resident, said.

The Supreme Committee has allowed trucks of more than three tonnes of weight to travel between governorates to transport foodstuffs during the daytime, particularly perishable foodstuff. The permission also covers fuel tanks and gas trucks, which have to obtain passes from the MoCI,” he said.

“Factories in all governorates will be allowed to function, but to work for 24 hours, special permission from the Ministry will have to be sought,” he added.