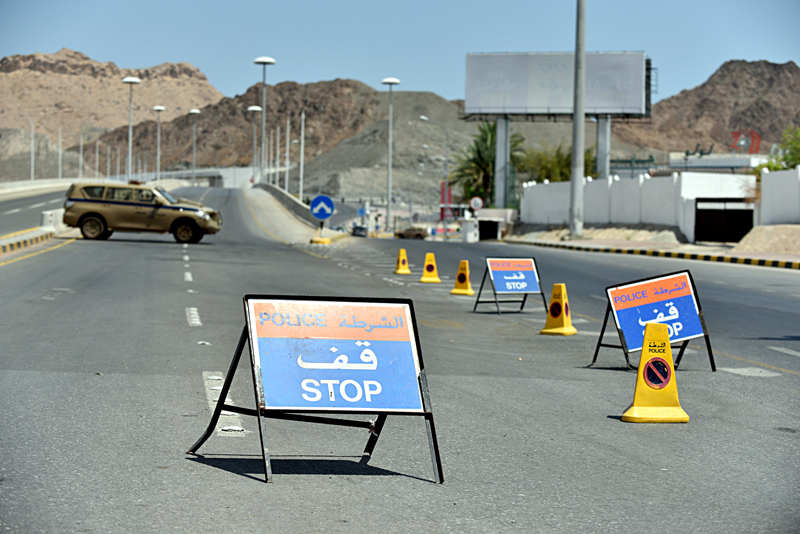 Amid rising cases of the novel coronavirus in Oman, the authorities have put the country under a tough lockdown ‘with no exceptions’ starting from Saturday to curb the spread of COVID-19 and ensure people obey the government’s orders which many are feared to have ignored previously.

The new powers allow police to issue instant fines to those who leave their homes in the evening without good reason or gather in groups during the day. The army will also be manning the checkpoints between governorates with the total lockdown – meaning closing all checkpoints in between all governorates.

Brig Hassan bin Ali al Mujaini, Head of Morale Guidance at Sultan’s Armed Forces (SAF), confirmed that earlier lockdown of governorates bore fruit. “Total lockdown means closing all checkpoints in between all governorates, and this includes main roads and side roads,” he said.

Brigadier Mujaini cautioned that no exemptions will be considered for passage through command and control points.

“Exemption will only be granted to emergency vehicles, ambulances, police vehicles, armed forces vehicles, as well as vehicles operated to tackle emergency cases like disconnections of water supply or electricity. Patients with scheduled medical appointments or known medical cases who wish to frequent hospitals will be allowed passage after showing proof of appointment at command and control points,” he said.

Brigadier Said al Aasmi, director general of operations at the Royal Oman Police (ROP), stated that violators of the restriction on movement will be fined severely. “The fine will be applied in implementation of the provisions of Article 9 of the 151 Decision of Inspector General of Police and Customs. Other fines, as much as RO100 each, will be awarded in case of resistance to orders. The offenders will be handled in coordination with the Public Prosecution Department,” he added.

Brigadier Asmi explained that restriction to movement means prohibiting all citizens and residents from moving about, whether walking or using any means of transport, during the ban period. “There is no exemptions, no justifications,” he said.

He pointed out that personnel at command and control checkpoints have no authority to grant permit for passage. “Any person wanting to travel through the check points need to a have prior permission,” he explained.