Tennis players have it rough 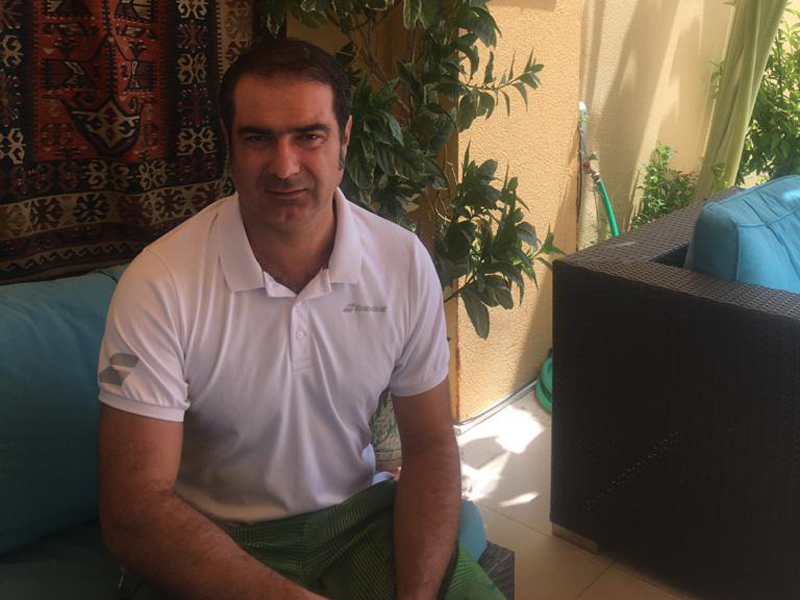 Alex Tvaliashvili, ex-head national coach of Oman and coordinator of the first, historical Davis Cup tie II division in Oman, who has been closely monitoring the latest developments regarding the pandemic around the globe and its affects on sports activities, laments that players in Oman are still at the receiving end while tennis courts around the world have started reopening.

“Many articles have been published by Tennis Europe magazine, International Tennis Federation or USTA, and all these articles clearly underline that, out of all sports activities, tennis is the safest to maintain during a pandemic. While some countries never restricted tennis during the lockdown, many more are reopening tennis courts as well as tennis clubs,” said Tvaliashvili, who runs a private tennis coaching school, hoping that tennis players in Oman would soon be able to get down to the courts and start training.

He further pointed out that in Oman, tennis, as many other sports, has been restricted since March 15, and recently, with golf reopening, many tennis professionals and enthusiasts are wondering as to when the ‘green light’ will be given to tennis.

Tvaliashvili, notes that an increasing number of people in Oman have started regular exercising outdoors. “I see them running, walking and cycling through our beautiful beaches or mountain walks,” he said, pointing out that tennis, compared to all other sports, has many benefits. It is fun to play, it is a cardio sport, and once played, it occupies one’s mind totally and one never gets bored. Tennis is also fun to play with family members, he added.

“Interruptions in regular practice of tennis, compared to other sports, brings massive complications and a negative outcome. Endurance is an important part of tennis, and it is possible to maintain this preferably via regular running or cycling and swimming, or a combination.  However, these important aspects of tennis, such as fine motor skills, hand-eye-ball coordination, as well as match experience, can only be achieved and improved via on-court training on a daily basis with a proper periodisation system,” Tvaliashvili said.

He further disclosed that leading tennis countries agreed to reopen tennis clubs based on the latest positive international experience with amendments such as no handshakes, bringing one’s own equipment and no spectators to change sides from different net ends. “Also, if it is a coaching process, balls are to be collected by the coach or an individual’s own ball tubes, coaching should be minimised to individual or semi individual lessons, and tennis is ready to go!

Tvaliashvili informs that there are around 1000 tennis players in Oman who are affected, including the best female player of the Arab world, Fatma al Nabhani, as well as the Davis Cup team of Oman, besides junior national players. As of now, players are only maintaining their agility and endurance levels as per advice.

“Tennis players are lacking match experience and practice, along with mastering fine motor skills. It takes the same amount of time to recover as time been missed – in this case, four months,” he said, however, noting that there is no upcoming local or international tournaments planned so far, but everyone is awaiting a decision from the Supreme Committee to set the ball rolling again.

As for changes that will come into the game, post COVID-19, Tvaliashvili says, henceforth, there will be many changes. “As per international guidelines, an entire protocol is ready to be shared once we know the date of reopening,” he said, indicating that tournaments will be played without spectators and without ball boys while balls will be marked so that players do not mix them up.