Why the fish tank keeps on losing water 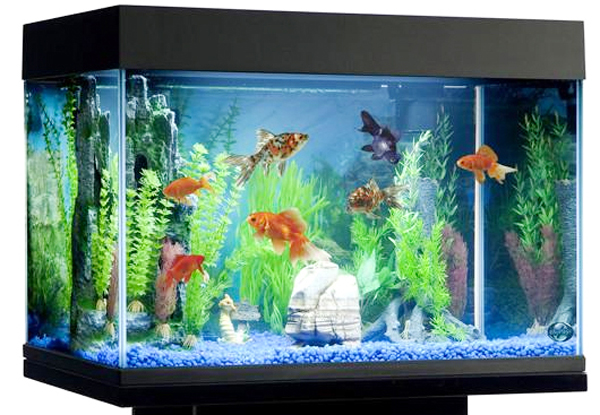 One day in the mid-1980s myself and someone I know visited a family member in Madinat al Nahda, then famously known as Chicago. We spent like thirty minutes at this man’s caravan house, and as we were chatting, our host complained about his fish tank. He said, ‘Every time I fill the water, by the time I come back from work, the water is already lower; I just don’t know why it keeps drying up so fast?’’ We kind of brushed off his concern and we moved on to other chitchatting and then left.

On our way to Ghubra, where we were staying, we were quiet for most of the way and then, suddenly, the person I was with, screamed with excitement, ‘It is the tube light!’ What about the tube light? I asked. ‘Ibrahim’s fish tank can’t retain water for long because the tube light is too near the water,’ he replied.

For me the fish tank story was long forgotten as it was just part of stories to kill time, but to him it was a problem needing a solution, and he took it seriously enough and thought about it until he figured out why the fish tank was losing water. That’s just the nature of some people, solving problems is their thing!

It is the same Omani who, in the 80s, started writing basic computer programmes at a time when computers were still relatively alien to Oman. A few years later, he spoke of messaging via mobile phones through the internet in a similar way to normal text messages; in retrospect, that sounds a lot like WhatsApp.

I know this man well because he is my brother. I do not wish to paint him as a genius or anything like that but I can confidently classify him as a truly driven person. So, why did I remember these stories from that long past? Because, I am sure that his ambitions and drive is not unique in our country.

Today, once again, he called me in his casual way to show me a software that he has created. After he demonstrated to me how it works, I believe it is capable of running any supermarket, factory, government institution and much more. It can’t possibly be the best in the world but it is of high quality and again it is made by one of our own.

Other projects include a machine that cuts steel by using laser and an unmanned marine surveillance system, and so on and so forth. I reiterate, they are not pioneering projects and can’t possibly be the best in the world but can bridge the gap between where we are today and full-fledged industrialisation. He is the kind of person who would look at a product and tell you with confidence, ‘if you supply me with A, B and C, I can produce it locally’. A type of person who doesn’t only believe that we can but that we must.

Is he the only Omani with drive and creativity? Of course not. And with no doubt, Oman has plenty of them and that is the disturbing and sad part about it. These local talents are mainly neglected and instead of harnessing their special abilities and uniting them in some sort of collaboration, we allow them to discretely and slowly slip through the cracks of life struggles and get bungled in them to the extent where all the juices of innovation, drive and motivation is squeezed out of them.

My point is, and I hope it reaches the decision makers at the highest levels, that it is becoming increasingly clear that depending on resources that come from the underground, and which we had nothing to do with, is highly risky. Therefore, it is these kinds of people that we must concertedly unite and utilize to get us to meet the demands of the 21st century’s world.

We have people who are by nature driven to innovate and produce internally. People who are sure that we can do much more by ourselves. All that is needed, is a system that embraces such talent and drive. Economic diversification demands it and global competitiveness requires it. The message from the authorities should be by loud deeds that if you can create, innovate or even clone from others, we will support you to the fullest extent.

The government has set up some bodies to support innovations and industrialisation with the intent to move Oman away from an oil-based to a knowledge-based economy. The Industrial Innovation Center (IIC) and The Research Center (TRC) are just such entities. They have done a great job, given the modest budgets afforded to them. There is simply a lack of sufficient funding and they need more input.

Here as part of social corporate responsibilities, firms ought to support such efforts. Local companies need to have a foresight of the value of supporting local talents. Ideas that have the potential to be profitable in a mid to long-term future need the government and corporations with foresight to support them. The WhatsApp example I mentioned earlier could have been an Omani invention, had the people my brother sought support from took him and his idea seriously.

A paradigm shift in thinking is needed. Such things as crowd funding too can have drastic impact. The government can mandate it to be part of TRC and ICC efforts to acquire extra funding from the willing public and companies. Financial resources are critical if such bodies are to achieve the goals of supporting local talents from the research level to production and marketing.

Given the depleting reserves, plummeting oil prices and advances in alternative energy, we are clearly running out of time. We ought to create an effective talent netting and support system quickly. Industrialised nations hunt for such talents globally; we should be able to at least do it locally as the first step.

One thing you can be sure of is that China is where it is today exactly because it did embrace such talents and supported it to the fullest. What are a societies’ real asset but its people and its talents! We should be able to support aspiring people from all walks of life. From science to religion and from sports to poetry. All talents eventually translate into economic success.

We need systemic changes in the system that can make these gifted people gravitate towards support and vice versa. We must incentivise innovation and the courage to innovate instead of allowing it to rot.

I am not the kind of person who would bother about a fish tank, let alone its water, and quite frankly, I am not made that way, but for those who do care and are driven enough, the system should help them figure out how to keep the water flowing in order to push the wheels of industrialisation and advancements.

(Muscat Daily columnist Zahir Humaid al Mahruqi is an avid reader and observer of life’s ‘little’ happenings which he believes are often the key to understanding the essence of life itself.)