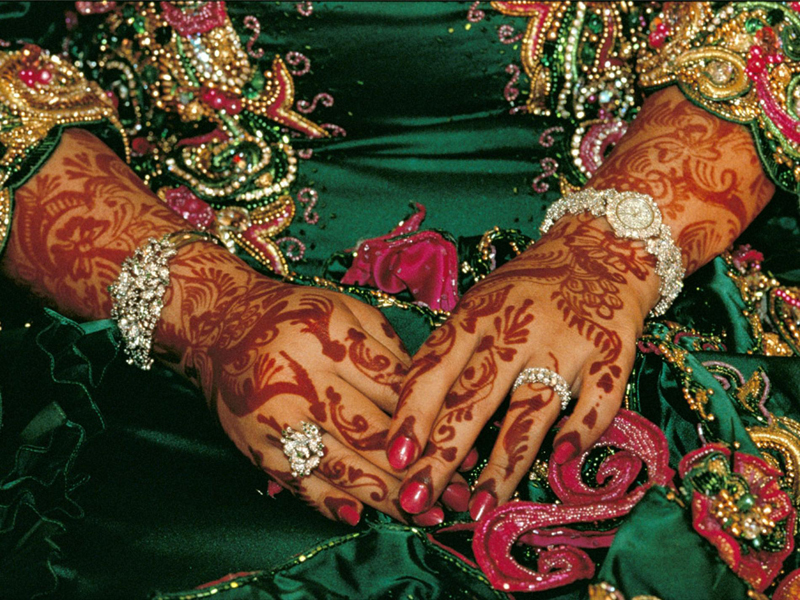 Not withstanding the fact that gatherings and occasions such as wedding parties were put to a halt in order to avoid the spread of  COVID-19, matrimonial reunions are being held in large numbers. Nothing is stopping anyone from getting married, but the issue here is how safe are these gatherings.

“I wish the government and responsible authorities would put a stop to any marriage contract for now, until the situation becomes stable. We are facing rising number of cases and sometimes we don’t even know where they are coming from,” Hamad al Dhawi, a concerned citizen from Seeb said.

“It has become a trend these days as many are marrying not only because they want to but also to save and cut costs on the would-be ceremonies,” he added.

According to others, having the marriage itself would not be a problem but what kind of safety measures are the families of both the bride and groom taking.

“I was invited by my sister to attend her son’s ‘malkah’ (marriage contract). I cared enough to ask how many people would attend and was satisfied when I was assured it was just the closest family members. On reaching there, it was we, the three sisters and parents of the groom but I got so surprised when the bridal family came in,” a Muscat resident, who wished to remain anonymous said.

“They were approximately thirty people and all claimed to be the closest family. This is not the only thing that left me speechless. I was also surprised to see the bride tattooed up with henna and also had professional make up on her face and hair styled up professionally,” she added.

She said she was curious to know how this was possible as the beauty salons are still closed. “I learned that the hairdressers are called privately at home. After seeing this, I got so angry and excused myself before the occasion and left. To me, this was a serious concern as different families were involved,” she said.

Many such stories are doing the rounds, which explains the rising number of cases now. “People have taken this as a joke now because they consider the virus as a normal flu and that it will go over time, not considering how many people have lost their lives or admitted in hospitals and in serious conditions. Talking from experience, its not a joke. Something has to be done,” Khalaf al Musallami, who recovered from COVID-19, said.

Some use the situation to save wedding expenses that involve big halls, food for many people and related expenses. “It is awful to think of saving a little money at the expense of putting lives in danger,” Sabra al Naamani, a Barka resident, said.

“Grandmothers and grandfathers are being called by their own children to attend their grandchildren’s weddings but they are forgetting that for any marriage to take place, two different families gather at one place, risking infection for many. I wish everyone would be patient and give it time, instead of putting others at risk,” she added.

Many improper things are going on but it is high time that people knew everyone is accountable. “We have been warned and taught to follow proper measures to avoid the spread of coronavirus but implementing them has become a serious issue,” Sabra said.