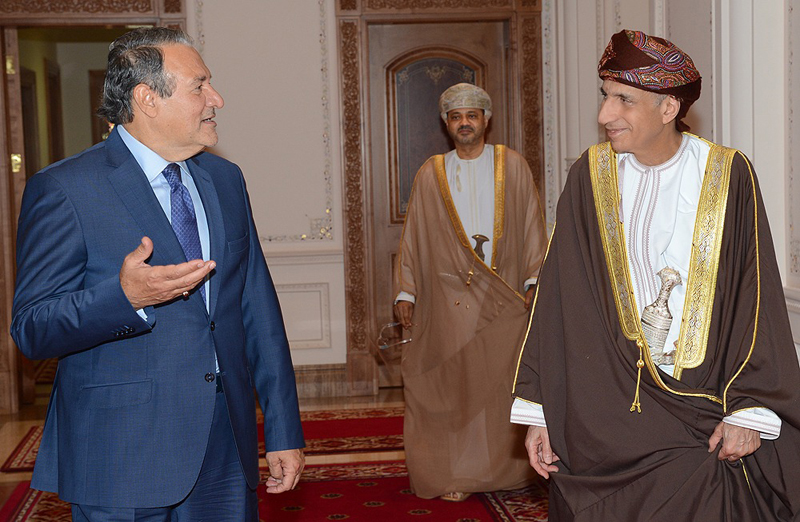 Sayyid Fahd bin Mahmoud al Said, Deputy Prime Minister for the Council of Ministers, received H E Dr Ali Mehdi Jawad, Ambassador of the Republic of Iraq to the Sultanate, on Monday, to bid him farewell at the end of his tour of duty in the country.

Sayyid Fahd asked the ambassador to convey greetings of His Majesty Sultan Haitham bin Tarik to the Iraqi leadership and His Majesty’s best wishes to the people of Iraq.

Sayyid Fahd commended the growing relations between the two countries and the fruitful efforts exerted by the ambassador during his tour of duty, wishing him success in his future assignments.

H E Dr Jawad expressed his country’s satisfaction with the bilateral cooperation that witnesses a tangible development. He affirmed that the Iraqi leadership highly appreciates the sultanate and its wise, balanced policy at the regional and international levels. He pointed out that his country looks forward to enhancing its relations with the sultanate in various spheres.

The ambassador expressed his gratitude to all officials in the sultanate for the support extended to him during his tour of duty, which had enabled him to carry out his assignments.

The conversation during the meeting dealt with the strong fraternal relations between the two countries and means of promoting aspects of cooperation between the two sides, besides reviewing the current situations in the regional and international arenas.

The meeting was attended by Sayyid Badr bin Hamad al Busaidi, Secretary General of the Ministry of Foreign Affairs.