Look for the ‘hidden’ good 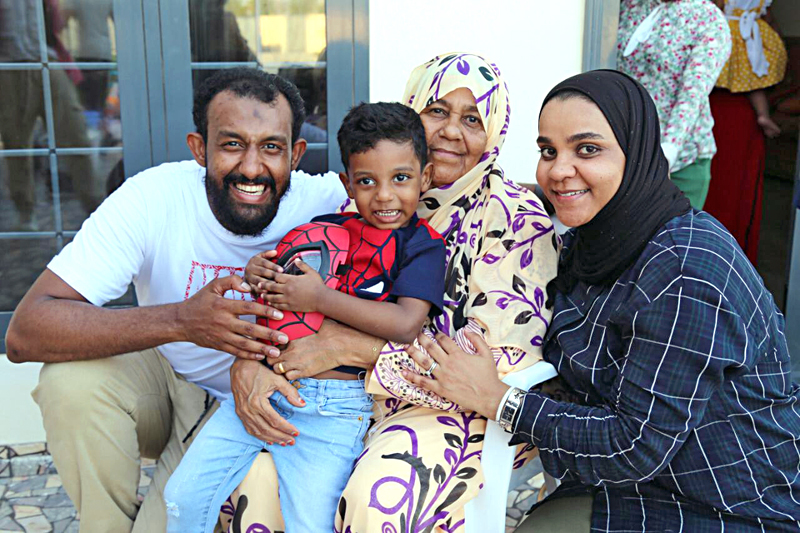 Nasser al Azri, a quality engineer of PDO, who has been shuttling between home and work, far away at a site in Yibal, around 350km from Muscat, during the past few months, believes that every event in life that appears grim always has a positive outcome. People need to unravel positivity even in negative situations, that’s the best way to keep going in challenging situations, he says.

Despite being compelled to be away from his family alternatively for four weeks at stretch, due to the nature and requirement of is work, Azri looks on it as a blessing in disguise. Since his wife, who works as a nurse in a hospital, was also busy with her work due to the pandemic, his intermittent availability at home for four weeks was a boon as he could attend to many day-to-day needs of his family, he says.

Formerly a board member of the Oman Cancer Association who has also organised many sporting events and hikes, especially one for cancer survivors to Mt Kilimanjaro in Africa, a couple of years ago, Azri says he loves the great outdoors and that this time of the lockdown was excruciating for people like him to stay indoors. However, weight the pros and cons of socialising, he opted against it to keep himself and his family safe as well as to be a responsible citizen.

Taking note of the way people have not been following the prescribed guidelines of social distancing, Azri, who takes great care at home (having learnt it from his wife), says, though initially it was a bit troublesome, hygienic routines at home have now become natural for everyone. “When we enter our home, we all enter an outer room, change our clothes and keep them in a bag for wash and then sanitise our hands and feet, as well as take a bath, before doing anything else,” he said. Due to these strict routines his wife, too, has been safe, though many of her colleagues have fallen victim to the virus, he added.

“The biggest lesson one learns from this pandemic is that, no matter how big, rich, healthy or young one is, we are nothing in front of our creator and always need to be thankful for everything we have. Even if things are bad, we should remember that it could get worse,” says Azri who believes that every negative incident in our life has a positive outcome, which we find out later on. Hence, we should never run away from challenging situations, rather take them on humbly and do our best to tide over them, he asserts.

During his time at home, Azri says, after attending to all household chores and tasks, including trying his hands at cooking and indulging in intellectual tasks like writing about managerial skills, he still found a lot of ‘nothing to do’ time. “I found myself getting  creative and tried cooking my favourite dishes – burgers,” he said adding that he to tried to give a twist to regular tasks to make them interesting.

“I also initiated a fund raising drive through a virtual race to keep people moving and safe at the same time, besides joining the first Spartan virtual race and the GCC virtual marathon,” Azri disclosed, adding that he found all such activity quite fulfilling.

About people changing their behaviour in public henceforth, Azri feels that people have become more cautious and aware about their own safety. “My only concern is that traditional behaviour like greeting each other with shaking of hands or a hug, especially respectfully with elders, will gradually vanish,” he said, adding, “children tend to forget easily and this might affect them or confuse them in future.”