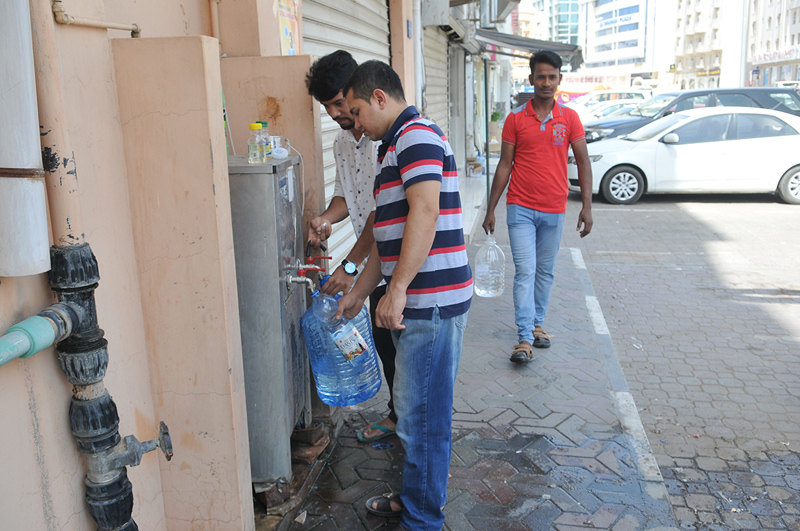 As summer peaks in Oman, many good Samaritans tend to install water-coolers outside their homes or on the streets for passers by to quench their thirst. However, those who want to do so need to consider safety measures, especially when dealing with electricity.

A number of cases of electric shocks while drinking water from roadside coolers have been reported and Muscat Electricity Distribution Company (MEDC) has called on the owners of these refrigerators to comply with the safety requirements for electrical connections.

‘MEDC continues to inspect the electrical connections of water-coolers in Muscat Governorate to ensure the safety of these connections and their compliance with the standards and specifications approved by the Authority for Electricity Regulation and avoid accidents that may lead to serious risks,’ the electricity distribution company stated.

It is worth noting that MEDC has opened the door to receive customers’ requests for inspection of public water-coolers through its contact center at 80070008.

“I installed one water-cooler outside my home for passers by to drink. I have seen many people and construction workers in need of cold water. However, when I checked, I felt a little electric shock. I called an electrician and we changed the cable as the one used before was faulty one. Now it is okay,” said Talib Rashid, Amerat resident.

Public water refrigerators for passersby and in public places are voluntary community initiatives that are encouraged. However, all provisions must be taken into account in order to avoid incidents.

“I had installed one water-cooler outside my garage in Misfaa. But then I noticed some electrical issues at the garage. I did not know the reason, so I called an electricity mechanic. They checked and found the quality of cables used in the water-cooler was not good. So I changed,” Anwar Abdullah, a garage owner, said.