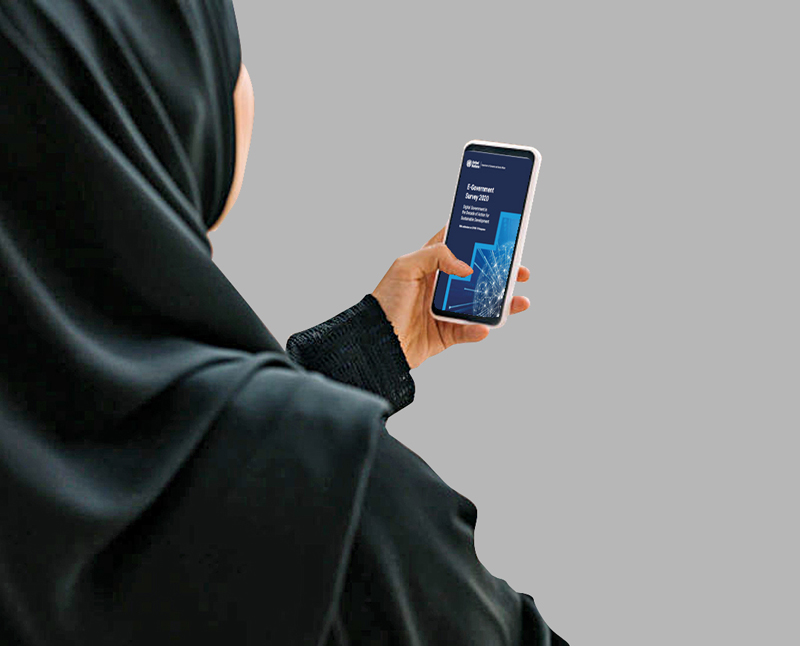 Oman has moved 13 places to 50th position in the United Nations E-Government Survey 2020, showing a marked improvement in pursuing digital strategies that capture the scope and quality of online services, status of telecommunication infrastructure, and existing human capacity.

The sultanate is ranked 50th worldwide in the E-Government Development Index (EGDI) and 5th in the Arab world in the survey issued by United Nations Department of Economic and Social Affairs. Oman was ranked 63 in 2018.

As the COVID-19 pandemic forces lockdowns, most countries are pursuing digital government strategies, many with innovative initiatives, but vast numbers of people still do not have access to online services, according to the 2020 edition of the United Nations E-Government Survey.

The 2020 ranking of the 193 UN member states, in terms of digital government, is led by Denmark, the Republic of Korea, and Estonia, followed by Finland, Australia, Sweden, United Kingdom, New Zealand, United States of America, the Netherlands, Singapore, Iceland, Norway, and Japan.

Oman has improved in all the parameters of the EGDI since the last survey in 2018. The most improvement has been made in Human Capital Index, where the sultanate has jumped 26 places, from 98th position to 72nd, while it has moved up 19 spots, from 43rd to 24, in the Online Service Index, from 43rd to 38nd in E-participation Index, and from 64th to 63rd in the Telecommunication Index.

In the GCC, United Arab Emirates is ranked highest and is part of the V3 rating class, followed by Bahrain and Saudi Arabia (both V2) and Kuwait and Oman (both V1). The latter three countries moved up to the very high EGDI group in 2020, with Saudi Arabia advancing directly to the higher V2 rating class.

Oman’s Royal Oman Police was also commended in the report for taking up technology to effectively contain the COVID-19 outbreak and relieve the stress on public services. “Governments are also using drones with similar technologies to monitor streets, deliver medical supplies or disinfect public spaces. In Oman, for example, the Royal Oman Police is using drones to instruct citizens and residents to stay at home and avoid stepping out unless it is absolutely necessary,” stated the report.

“The pandemic has renewed and anchored the role of digital government – both in its conventional delivery of digital services as well as new innovative efforts in managing the crisis,” said Liu Zhenmin, UN Undersecretary-General for Economic and Social Affairs.