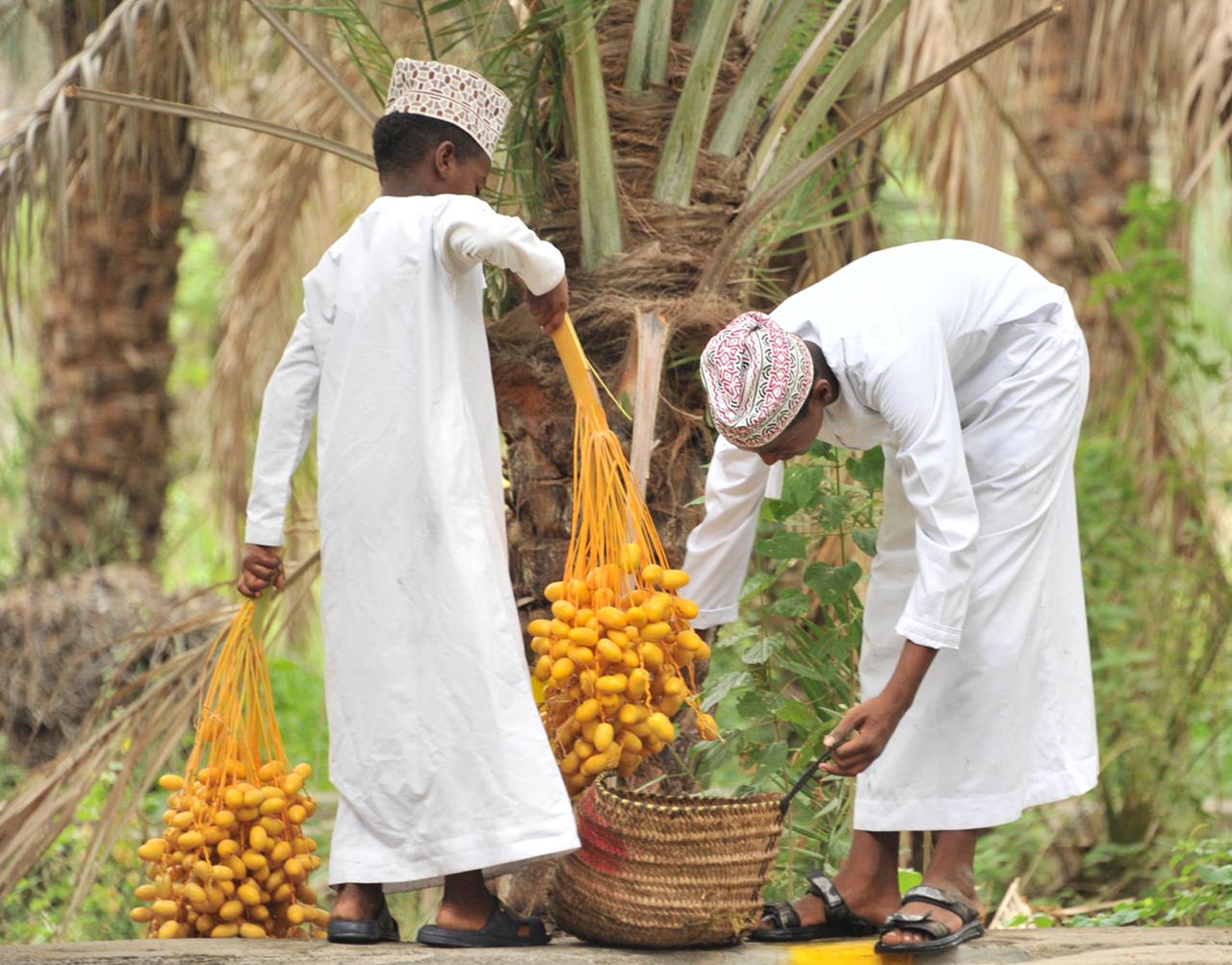 Farming families across several governorates are busy in one of the most important harvest activities of the year. Popularly known as Tabseel, the season involves harvesting yellow dates and boiling it in water for further processing, so that it can be made ready for the market.

The season, which runs from the end of June to mid July, is celebrated annually by Omani farmers. It is also considered one of the most important agricultural seasons due to its economic returns.

The process of Tabseel involves boiling of certain types of dates, the most important of which is locally known as ‘Al Mabsali’, while others include ‘Al Madlouki’ and ‘Abu Naranja’ varieties, which are boiled in copper pots.

Then the boiled dates or Al Faghoor are left in the open under the sun to get dried for a period of five to 10 days. The period of drying depends on weather conditions and temperature. After drying, the dates are packed and put into bags and then sold or exported.

Farmers sell their Busoor to the government represented by the Ministry of Commerce and Industry, in addition to foreign markets through its export operations.

In this regard, the Ministry of Commerce and Industry continues to play an important role in receiving the crop every year in the ministry’s stores in Wadi al Kabir from the various governorates of the sultanate.

For the year 2019, the ministry completed receiving Busoor on December 31, 2019 for three types of dates namely Al Mabsali, Al Madlouki and Abu Naranja. Around 144 suppliers supplied 556,477 tons of dates, valued RO144,845.
In 2019, large quantities of Busoor were exported directly by farmers without supplying them to the ministry’s stores.