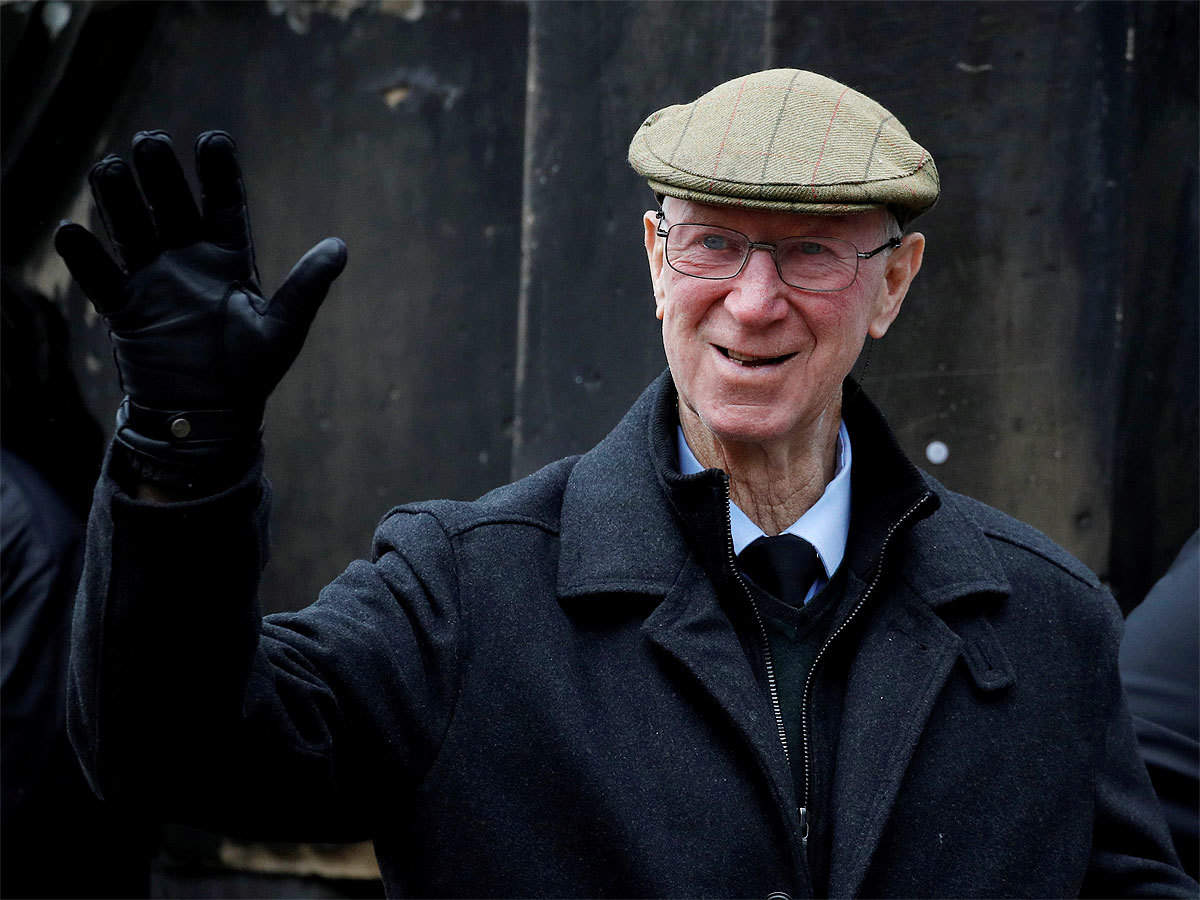 The former Leeds defender was one of English football’s most popular characters. He also enjoyed a successful career as manager with the Republic of Ireland, who he guided to their first major finals at Euro 88 and two more in the space of ten years

Jack Charlton, a World Cup winner with England and former Republic of Ireland boss, has died aged 85, the BBC reported on Saturday.

The former Leeds defender had been diagnosed with lymphoma in the last year and also had dementia.

One of English football’s most popular characters, he was in the team that won the World Cup at Wembley in 1966, alongside his younger brother Bobby.

He made a record number of 773 appearances for Leeds and achieved unprecedented success with the Republic of Ireland.

A family statement read: “Jack died peacefully on Friday, July 10 at the age of 85. He was at home in Northumberland, with his family by his side.

“As well as a friend to many, he was a much-adored husband, father, grandfather and great-grandfather.

“We cannot express how proud we are of the extraordinary life he led and the pleasure he brought to so many people in different countries and from all walks of life.

“He was a thoroughly honest, kind, funny and genuine man who always had time for people.

“His loss will leave a huge hole in all our lives but we are thankful for a lifetime of happy memories.”

The England football team tweeted to say they were ‘devastated’ by the news, while he was hailed as a man who ‘changed Irish football forever’ by the Football Association of Ireland.

Charlton had spells in charge of Sheffield Wednesday, Middlesbrough and Newcastle.

He led the Republic of Ireland to their first major finals at Euro 88 and the World Cup quarterfinals at Italia 90.

Leeds United, where he spent his entire 21-year playing career and made a joint club record 773 appearances before retiring as a player in 1973, said they were ‘deeply saddened’.

Charlton, part of the Leeds side that won the 1969 League title and the 1972 FA Cup, is the third club legend and former England international to die this year after Norman Hunter and Trevor Cherry.

Charlton joined Leeds at the age of 15 as part of the ground staff, before debuting as a player against Doncaster Rovers in 1953.

He helped the club to win promotion from the Second Division twice.

Despite not being called into the England team until days before his 30th birthday, Charlton, affectionately known as ‘Big Jack’ won 35 caps and, playing alongside younger brother Bobby, lifted the Jules Rimet Trophy at Wembley in 1966.

Widely hailed as one of the all-time great central defenders in the game, he also helped England finish third at the 1968 European Championship, and was voted the Football Writers’ Association Footballer of the Year in 1967.

“World Cup winner with England, manager of probably the best ever Ireland side and a wonderfully infectious personality to boot. RIP Jack.”

“What a football man, loved and adored, especially in Ireland. The best manager I was lucky to play for.

“The times we had on and off the pitch were priceless. My thoughts are with Pat and the family. RIP my good friend. Never forgotten.”

Andy Reid, a former Ireland midfielder, tweeted: “As an 8 year old I went to the homecoming of the Ireland team from Italia 90, hundreds of thousands of people lined the streets!

“Jack Charlton started something that we are all benefiting from! Ar dheis De go raibh a anam. #Ripjack.”

Nottingham Forest described Charlton as ‘a true great of the game’, adding that he was a ‘great adversary, a fine manager and a terrific person’.

He is survived by wife Pat, whom he married in 1958, and their three children, John, Deborah and. Peter.

Charlton’s granddaughter, journalist Emma Wilkinson, tweeted: “Beyond sad to have to say goodbye to my beloved Grandad, Jack Charlton.

“He enriched so many lives through football, friendship and family. He was a kind, funny and thoroughly genuine man and our family will miss him enormously.”