No better way to start the season, says Bottas 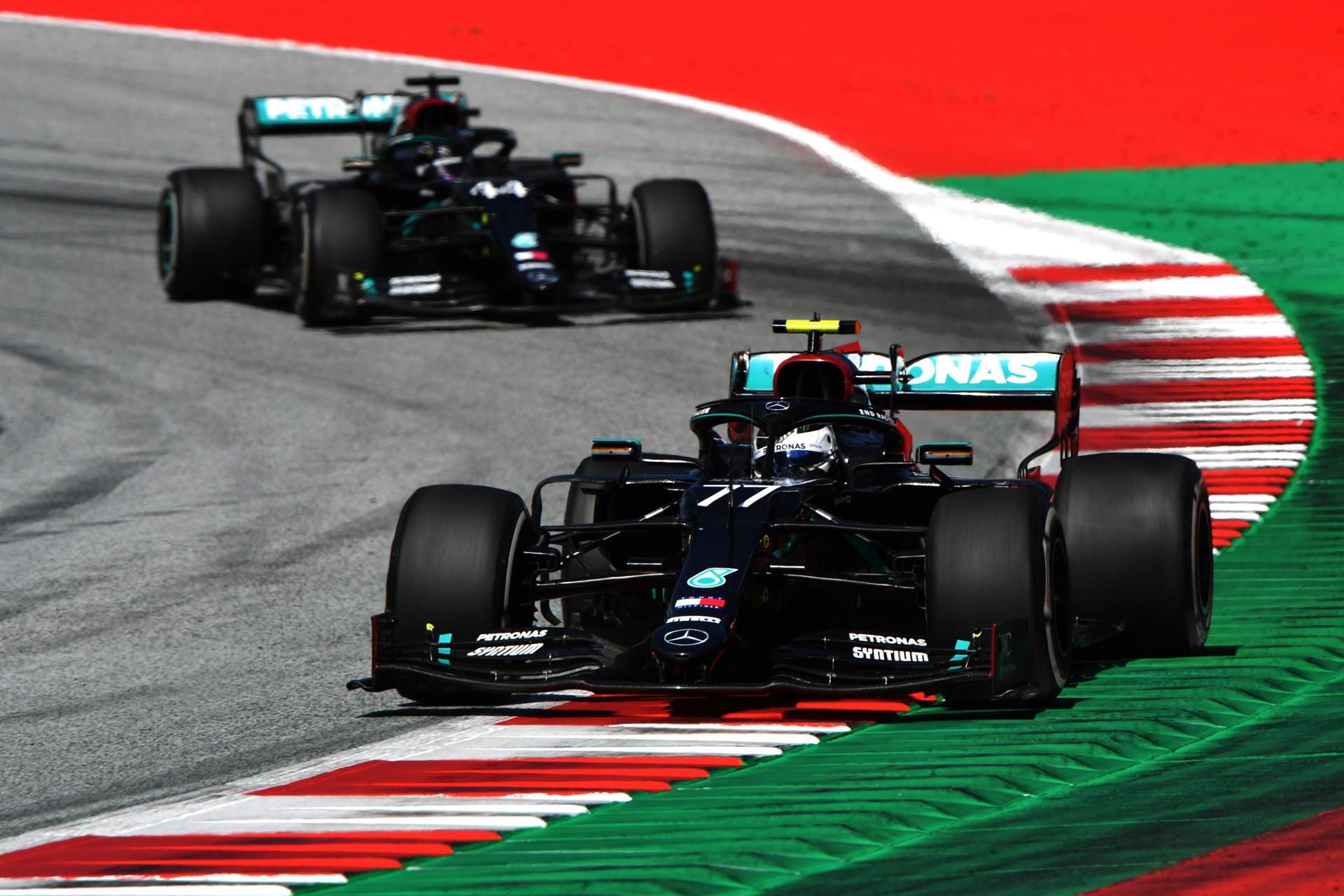 He may have led every lap, but Valtteri Bottas says he had to ‘dodge many bullets’ to claim victory in the season-opening Formula One Austrian Grand Prix on Sunday, as he survived race-long pressure from Mercedes teammate and defending champion Lewis Hamilton, plus three safety car appearances.

Four months after the scheduled first race, called off because of the coronavirus crisis, Mercedes’ win was anything but the cruise that had been expected at the Red Bull Ring in Spielberg, Austria.

Gearbox concerns slowed the cars and Hamilton was penalised five seconds for a collision with Red Bull’s Alex Albon.

And the harum-scarum action took place after a moment’s silence on the grid to reflect the fight against racism.

All the drivers wore T-shirts saying ‘end racism’, but six of them – including Leclerc and Red Bull’s Max Verstappen – chose not to join their 14 colleagues in taking the knee alongside Hamilton.

The Finn led away from pole, comfortably heading Red Bull’s Max Verstappen in the early stages before Hamilton climbed the order – after a three-place grid penalty dropped him to fifth – to fill his mirrors as the battle for victory heated up.

A series of safety cars – as Kevin Magnussen, George Russell and Kimi Raikkonen retired – increased the tension, while Mercedes told both drivers to steer clear of the kerbs because of gearbox issues.

He said, “There was definitively quite a bit of pressure through the race. One safety car was okay, but by the last safety car, I was like, ‘come on, again?’”

“There were so many opportunities for Lewis to take the lead if I made a small mistake and he was really quick today, but I managed to keep it together, could really control the race from my side, and there’s obviously no better way to start the season.”

Mercedes moved to turn the engines down on both cars as it became clear they were in a league of their own, but then warnings from the team came over the radio that it was ‘critical’ to stay off the kerbs, even the red-and-white rumble strips.

“We had to manage the car quite a lot, so I couldn’t really use all the kerbs,” said Bottas. “At some stage I was slightly worried if it was going to be OK, but I’m glad we managed to finish with both cars, we’re leading the team’s standings and that’s a very good start.”

Bottas now holds a 13-point leader over reigning champion Hamilton, who crossed the line second but finished fourth, following a five-second time penalty for making contact with Albon when fighting for second.

It was the second time in three races the two had collided. Hamilton’s reckless lunge in Brazil last November deprived Albon of his first podium, and also earned a penalty, and now he has done it again.

Albon said, “I am a bit depressed right now so I have to be careful what I say. I really felt like I could have won the race. Mercedes had the outright pace but the guys did a great job with the strategy.”

Hamilton said he felt it was a ‘racing incident’.

After the race Leclerc said, “It was a huge surprise but a good one. We did everything perfect today, had a bit of luck with Lewis’ penalty and a few crashes here and there but that’s part of the race too. We just wanted to to take every opportunity to find the pace to finish where we were. There’s still a lot of work to do but anything is possible. We will work as a team and we can come back strong.”

McLaren’s Norris recognised the threat from Hamilton and put it all on the line on the final lap, setting the fastest lap of the race to hold off Hamilton by just 0.2secs for his first career F1 podium.

He said, “There’s a few moments where I thought I fudged it. I dropped to fifth with a few laps to go and Carlos [Sainz] nearly passed me and I managed to get back past Checo and I ended up on the podium. It was a good race, a hard last few laps to push as hard as I can. I’m so happy for the team to achieve what we have given where we were a few years ago.”