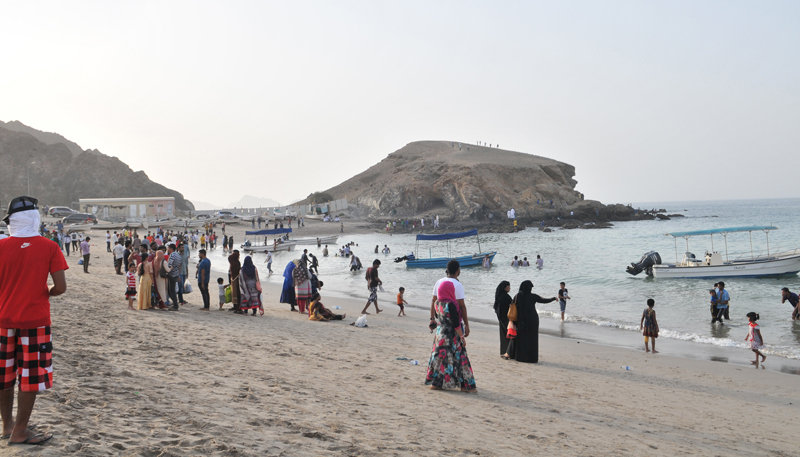 Despite repeated warnings from the Ministry of Health (MoH) and other authorities who have continuously educated people about social distancing, social media has been abuzz with posts and videos of people gathering at several tourists spots and beaches in Oman.

Although the authorities have tried their best on controlling the gatherings by conveying messages through the weekly press conferences, the numbers of violators are increasing with many public gatherings going on as usual.

H E Dr Ahmed bin Mohammed al Sa’eedi, Minister of Health, has time and again reiterated that social distancing is the best way to slow the spread of COVID-19. “Think about your society, think about your family, think about your country. I repeat these words every week and I cannot stress this further. There is a need to reduce the impact of this pandemic by working together,” he said.

H E Dr Sa’eedi said it is no longer the responsibility of the government alone to control the spread but rather of the community at large. “It is so sad to see people gather. Everyone of us is responsible to keep the numbers low. We need to be accountable. However, we have seen many people going for weddings and picnics, which is so sad,” he said.

This past weekend, photos and videos of people gathering at a popular tourist destination in Oman are still going viral as many concerned citizens and residents call for tougher action. “The Supreme Committee has banned gatherings of all types in order to contain the spread of the virus. But some people continue to violate the rules and gather at public places. Tougher actions are needed and the committee is working on that,” H E Dr Sa’eedi said.

As the numbers are increasing at an alarming pace, many people Muscat Daily spoke to feel the government is still lenient on such violators. “What’s happening is totally absurd. Where is the responsibility amongst us? We see it happening to others and we think it can never happen to us? How can we claim we love our people and our country if we do not want to listen to higher authorities and take their guidance? People should act responsibly before they are forced to do so,” Hamed Sultan, a Seeb resident, said.

Others feel all leisure activities should be stopped for now. “For God’s sake, if it’s leisure and enjoyment, it will always be there waiting for us. Why can’t we be a little patient until every thing is under control? I think the government should close all the beaches and tourist spots. Otherwise, people will not listen and it is very dangerous for the families and the country at large,” Farida Salim Shen, a Ghubra resident, said.

In the last seven days, more than 7,000 people in the country got infected with the virus and more than 50 people died. “Before, we are punished by the law, people should restrain themselves. Otherwise, stern action will be taken by the government,” H E Dr Sa’eedi said.