Thundershowers predicted for next few days 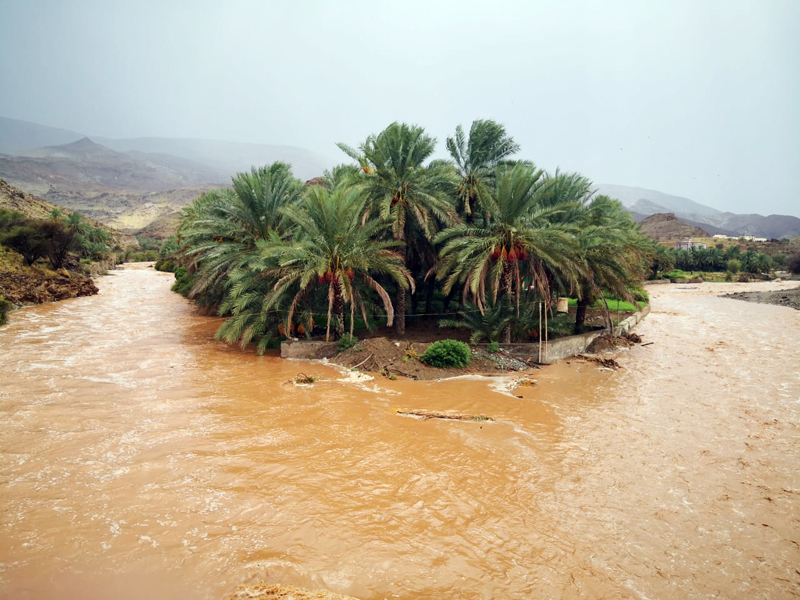 The National Multi Hazard Early Warning Centre ha predicted rains and thunderstorms across several governorates in the next couple of days with continued summer rain activity over Al Hajar Mountains and surrounding areas.

The Directorate General of Meteorology stated that the analysis of the National Multi Hazard Early Warning Centre indicates multiple risks of rain clouds from the Arabian Sea over the governorates of Dhofar, Al Wusta, South and North Sharqiyah during the next few days. This will be accompanied with summer rain activity on the Hajar Mountains and the surrounding areas.

It further added that the the formation of cumulative clouds on the Hajar Mountains has already begun with the possibility of spreading in the next few hours. This may result in low cloud formation on the coasts and mountains of Dhofar Governorate with opportunities for intermittent drizzles.

In its forecast for July 2, DG Met predicted chances of light rain and drizzles along the coastal areas of Dhofar and adjacent mountains. ‘There are chances of cloud advection and isolated rains over Dhofar, Al Wusta and South and North Sharqiyah governorates,’ it said.

Predictions for cloud development and isolated rain over Al Hajar Mountains and adjacent willayats towards afternoon on July 2 was also made by the Met department. The authority urged everyone to take care during the rains and cautioned against venturing into overflowing wadis.