Mercedes to race in all-black livery for 2020 season 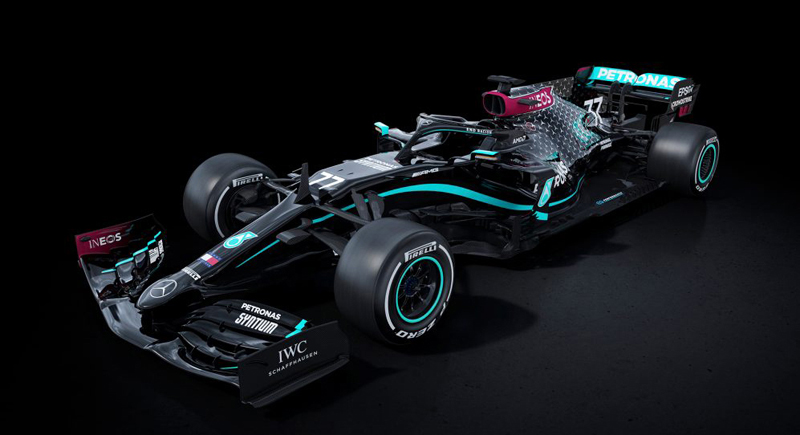 They’re famously known as the Silver Arrows, but for the 2020 season world champions Mercedes will be switching the colours of Lewis Hamilton’s and Valtteri Bottas’s cars to black as they make a stand against racism and discrimination, and pledge to improve the diversity of their team.

The announcement comes amid global protests around the world in support of Black Lives Matter, a campaign which Hamilton – the first black superstar in F1 history – has vocally supported.

The season will finally get underway with back-to-back races on the Austrian Grand Prix as a part of an eight-race European swing. The Pink Bull Ring in Spielberg will host races on July 5 and 12.

Hamilton had earlier announced the setting up of a new commission to improve diversity in motorsport, while Formula 1 has launched the #WeRaceAsOne initiative, along with a new Task Force specifically focused at identifying the employment and education opportunities for under-represented groups across Formula 1.

“Racism and discrimination have no place in our society, our sport or our team: this is a core belief of Mercedes,” said Team Principal Toto Wolff, according to www.formula1.com, the official website on Monday.

“But having the right beliefs and the right mindset isn’t enough if we remain silent.

“We wish to use our voice and our global platform to speak up for respect and equality, and the Silver Arrow will race in black for the entire 2020 season to show our commitment to greater diversity within our team and our sport.”

Silver had been the company’s colour scheme in racing since the 1930s.

In Mercedes’ organisation, just three per cent of the workforce identify as belonging to minority ethnic groups and only 12% of employees are women.

The team say it’s this lack of diversity that shows they need to find new approaches to attract talent from any areas of society they do not currently reach, and they have committed to announcing a diversity and inclusion programme before the end of the season

“We will not shy away from our weaknesses in this area, nor from the progress we must still make; our livery is our public pledge to take positive action,” continued Wolff.

“We intend to find and attract the very best talents from the broadest possible range of backgrounds, and to creative credible pathways for them to reach our sport, in order to build a stronger and more diverse team in the future.”

In addition to changing the colours of their car, Hamilton and Bottas will also race in black overalls in 2020, with both drivers adapting their helmet designs.

As well as featuring prominently around the track in Austria, the call to ‘End Racism’ will feature on the halo of Mercedes cars, while the united F1 initiative #WeRaceAsOne will be featured of the mirrors of the W11.

Hamilton called it an ‘important statement we are willing to change and improve as a business’.

Six-time world champion Hamilton said: “It’s so important that we seize this moment and use it to educate ourselves, whether you are an individual, brand or company to make real meaningful changes when it comes to ensuring equality and inclusivity.

“I have personally experienced racism in my life and seen my family and friends experience racism, and I am speaking from the heart when I appeal for change.

“When I spoke to Toto about my hopes for what we could achieve as a team, I said it was so important that we stand united.

“I would like to say a huge thank you to Toto and the Mercedes board for taking the time to listen, to talk, and to really understand my experiences and passion, and for making this important statement that we are willing to change and improve as a business.

“We want to build a legacy that goes beyond sport, and if we can be the leaders and can start building more diversity within our own business, it will send such a strong message and give others the confidence to begin a dialogue about how they can implement change.”