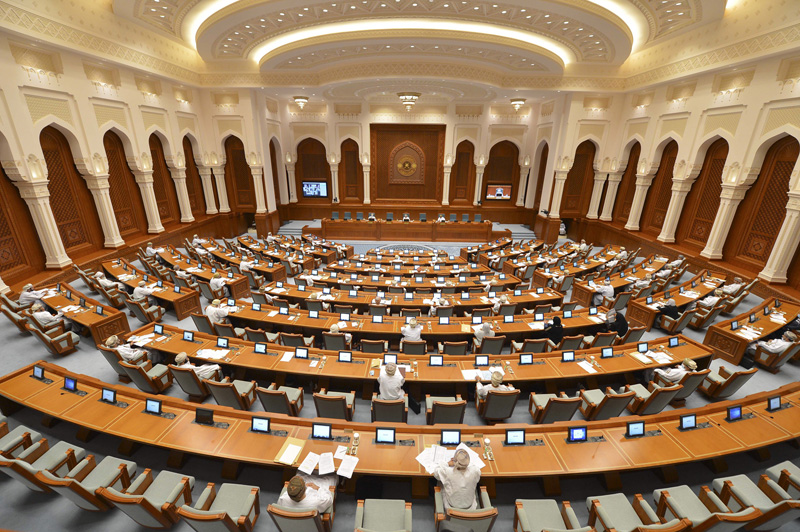 The State Council on Monday agreed to study ‘The stability of the Omani economy in the light of the decline in oil prices and the COVID-19 pandemic’ after taking into account the observations of the council members.

The council approved the report of the joint committee with the Majlis A’Shura on the Draft Law for Combatting Hidden Trade. It also approved the ‘Draft Budget for the Council’ for the year 2021.

The articles bearing disagreement relating to the Draft Law for Combatting Hidden Trade were within the purview of discussions at the seventh ordinary sitting of the first annual session of the seventh term, chaired by H E Dr Yahya bin Mahfoudh al Manthri, Chairman of the State Council, in the presence of council members and the Secretary General of the Council, on Monday.

The council chairman praised the efforts of the Supreme Committee in charge of discussing the mechanism for dealing with developments resulting from the Coronavirus pandemic.

During the annual session, the council discussed a proposal submitted by the Economic Committee on the study of ‘The stability of the Omani economy in the light of the decline in oil prices and the COVID-19 pandemic’. Sheikh Mohammed bin Abdullah al Harthy, head of the Economic Committee, explained that the committee considered the importance of studying the effects and challenges posed by the COVID-19 crisis and the declining oil prices on the Omani economy.

He added that the focus was on the challenges, exchanging of views with the public and private sectors to derive an integrated vision within the framework of the tasks of the State Council as stipulated by the Basic Statute of the State, especially with regard to budgets and five-year plans, and to suggest amendments to laws. The Council approved the proposal for the study, taking into account the comments of its members.

In addition, the council discussed the report of the joint committee between the State Council and the Majlis A’Shura regarding the articles bearing disagreement relating to the ‘Draft Law for Combatting Hidden Trade’ which received the Council’s approval.

‘Both councils acceded to keep the Articles (4, 10, 13 and 14) unchanged and as contained in the draft referred by the Council of Ministers,’ a press release stated.

The draft Budget for the Council for the year 2021 was discussed and approved and the Council took note of the referral of the draft law on ‘protection of personal data’ referred by the Council of Ministers to the Legal Committee for its study.