‘Collectively battle against the common enemy’ 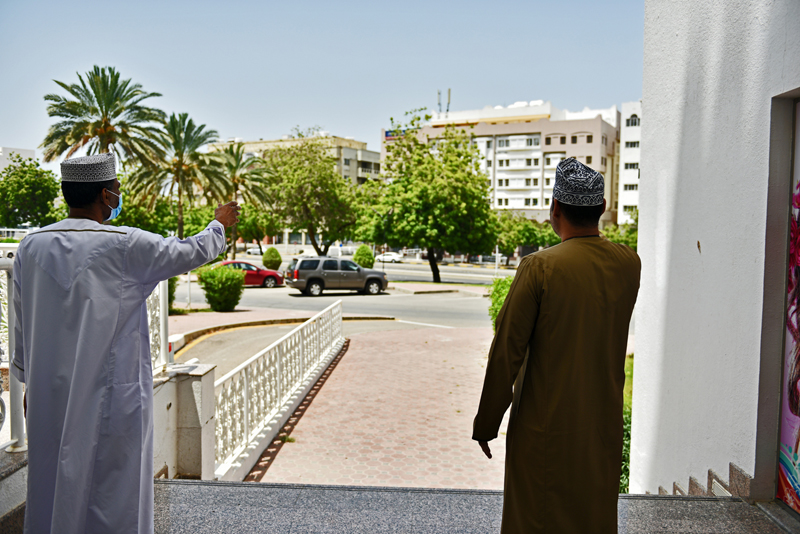 The Ministry of Health along with the various arms of the government have put in all the efforts to minimise the impact of the COVID-19 pandemic on people’s health and the economy of the sultanate, and now it is time for individuals and institutions to show responsibility and act collectively to battle against the common enemy.

In a strong message to the people and businesses, H E Dr Ahmed bin Mohammed al Sa’eedi, Minister of Health, said, “The government has played its role, and now it is the responsibility of individuals and institutions to protect their employees and visitors.”

All partners of the international community, like the World Health Organisation and country leaders have been encouraging the public to proactively take action to fight COVID-19 and come together as hard times are yet to end in many countries, including Oman.

“Most countries began to open activities and they had to choose one of the two options – an economic collapse or shouldering a collective responsibility shared by individuals, establishments and institutions to avoid the spread of the disease,” H E Dr Sa’eedi, member of the Supreme Committee tasked with tackling developments of COVID-19 pandemic, said.

“As more activities resume, we are counting on self-monitoring and social awareness. Some countries took decisions to shut down again after reopening and we hope that we will not be compelled to take such a decision. The resumption of office work and economic activities does not imply dropping health precautions,” he added.

H E Dr Sa’eedi affirmed that the Supreme Committee has issued decisions for severe punitive measures against anyone who breaches the official procedures. “Leniency in executing health measures and instructions led to the rise of cases of infection and this is highly regrettable,” he said.

He reaffirmed that most cases of infection in health workers happened as a result of community-based transfer caused by social mingling and not because of work. “Yet, infection among health workers in Oman is considered quite low, with 450 cases, among them two in intensive care,” HE Dr Sa’eedi said on Thursday.

He said the the virus is still spreading and causing harm. “This is the first time in the sultanate’s history that the number of patients admitted to intensive care units exceeds 100 cases as a result of a single disease.”

The minister stressed the tenacity of the health sector in the sultanate, but he cautioned that it is feared that health establishments might land in a situation where they would not be able to accommodate all cases requiring hospitalisation or intensive care.

HE Dr Sa’eedi stressed the fact that the tolerant religion of Islam considers the preservation of human health a fundamental obligation. “No decision that might compromise people’s life will be taken. Activities and tasks that involve assembling of large numbers of people in one place require undertaking more firm procedures. No specific date can be fixed for the opening of any activities that involve mass gathering,” he said.

He indicated, that in case the number of infections rises beyond the existing health establishments’ capacity, his ministry might be compelled to open field hospitals to deal with the cases. He also reaffirmed the abundance of respiratory equipment and the availability of additional intensive care beds, as well the recruitment of extra staff to look after the additional beds, if necessary.