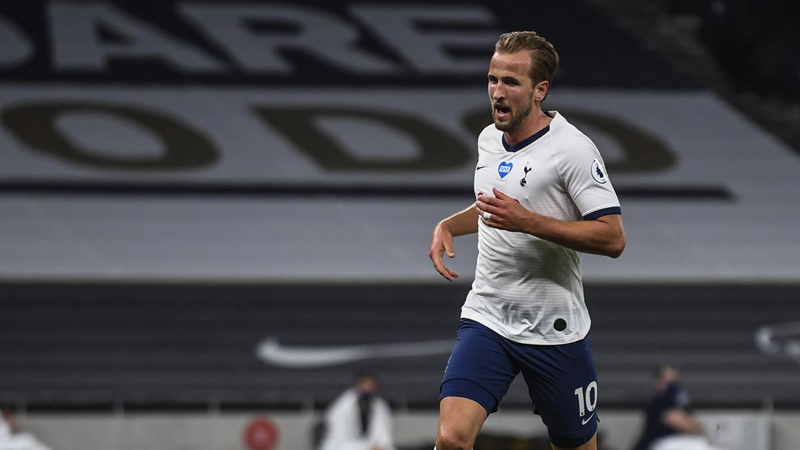 Tottenham striker Harry Kane aims to become only the third player to reach 200 EPL goals after scoring in Tuesday’s 2-0 victory over West Ham. Elsewhere, Ivan Rakitic was on target as Barcelona beat Athletic Bilbao to move back to the top of La Liga

Tottenham star Harry Kane scored his 137th English Premier League (EPL) goal in his 200th appearance for the club as his side defeated West Ham 2-0 at the Tottenham Hotspur Stadium in London, UK, on Tuesday.
Jose Mourinho’s Tottenham picked up their first victory in eight games to leave West Ham with a battle to stay in the EPL.

Czech midfielder Tomas Soucek inadvertently converted into his own net following Giovani lo Celso’s corner in the 64th minute and Kane broke clear to stroke in his 18th goal of the season with eight minutes remaining.
Only Alan Shearer and Wayne Rooney have reached 200 EPL goals.

Mourinho will be delighted with a victory that takes them just six points off the Champions League places and with Kane’s goal, which was taken with his usual aplomb after he was put clear. It was also Mourinho’s 300th victory in English football.

And for Kane, the England captain, it was also a sign of his increasing assurance in only his second match since a hamstring injury on January 1.

“I’m still only 26 so hopefully I can get to that 200 mark sooner rather than later and go from there.” said Kane.
“Scoring is the best feeling in the world,” he told Sky Sports.

“Two hundred games… it goes so quick. The years fly by and you have to make the most of it.”
Kane had last scored in December, before picking up a thigh injury that ruled him out for six months, and he now has 12 goals for the season.

Mourinho added: “I am happy for him [Kane], he worked a lot and now there will be better headlines and a better feeling for him.”

Only Manchester City’s Sergio Aguero – and only just, with 138 – scored more goals in his first 200 EPL appearances for a single club than Kane has done for Tottenham (137).

In fact, Kane has been scoring at a better rate than Arsenal legend Thierry Henry, who scored 131 in his first 200 league games for the Gunners.

The goal was also Kane’s ninth against West Ham, meaning he is the fourth player to score at least 30 EPL goals in London derbies (Thierry Henry, Teddy Sheringham and Frank Lampard complete the list).

And if Kane does reach 200 goals, he would become just the third player in EPL history to do so, following in the footsteps of Alan Shearer (260) and Wayne Rooney (208).

‘Schmeichel is a  world-class goalkeeper’

Manager Brendan Rodgers said Kasper Schmeichel is a ‘world-class goalkeeper’ after his penalty save proved pivotal in Leicester’s drab EPL goalless draw against Brighton at the King Power Stadium in Leicester, UK, on Tuesday.

Denmark’s Schmeichel dived brilliantly low to his right to hold the effort from Neal Maupay, who had been Brighton’s hero in the previous game with a late winner against Arsenal.

“Kasper has made a great save from the penalty, he’s invaluable,” said Leicester manager Rodgers.
“There is absolutely no doubt that he is one of the top goalkeepers in this league. Just his presence in the goal and his leadership.

“He studies penalty takers and puts in the work and he’s so agile. He has been absolutely brilliant in the two games back.”

The point consolidated Leicester’s hold on third place in the table, nine points clear of Manchester United in fifth, while Brighton moved six points away from the relegation zone.

Brazil centre-back Luiz, 33, joined the club from Chelsea last year but was sent off during Arsenal’s return to EPL action, a 0-3 defeat at Manchester City, last week.

Barcelona back on top

Ivan Rakitic scored the only goal as hosts Barcelona beat Athletic Bilbao at Camp Nou to move back to the top of the Spanish League (La Liga) on Tuesday.

The substitute latched onto Lionel Messi’s pass before slotting home with 19 minutes to go.

It was a 15th La Liga assist of the season for Messi, who remains on 699 career goals despite going close himself on two separate occasions in the closing stages.

Real Madrid can go back to the top if they beat Mallorca later on Wednesday.

With Real Madrid having a better head-to-head record, Barca need their rivals to slip up even if they win every remaining game.

(With inputs from Agencies)