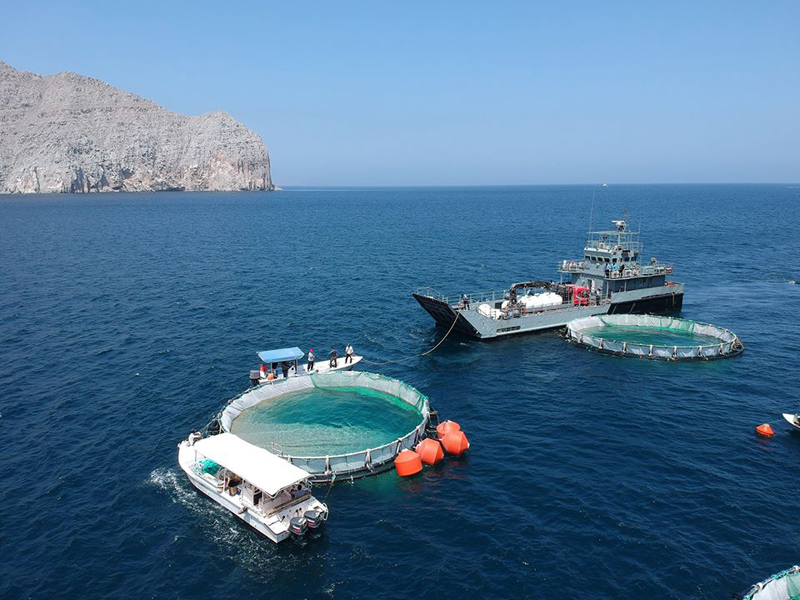 Guided by the Royal Directives of His Majesty Sultan Haitham bin Tarik to review the performance of government companies in order to develop and raise their efficiency and enable them to contribute effectively to Oman’s economy, Oman Investment Authority (OIA) announced the completion of consolidating three of its investment initiatives in the fisheries sector.

Blue Water, Al Wusta Fishery Industries, and Oceanic Shrimp Aquaculture will be merged to establish a new company under the name of Fisheries Development Oman.

The consolidation decision comes as a first step the Oman Investment Authority intends to implement in the coming period to evaluate the performance of state-owned companies in order to take the correct investment decision regarding them, whether by merging them, raising their capital, restructuring or exiting, according to its investment strategy, to ensure stronger returns from the state’s financial resources, a statement from Government Communication Centre said.

‘The consolidation of these companies comes from the close cooperation between OIA and the Ministry of Agriculture and Fisheries, a positive example of the government institution’s cooperation with the investment authorities in the sultanate and will create a positive incentive for private sector investors,’ it said.

The consolidation will include the dissolution of the boards of directors of the three companies to be brought under one board of directors, in addition to the integration of their operations under one umbrella and one legal and investment entity.

‘This will enhance the efficiency of investment and performance governance, as well as work to achieve unified economic and investment goals,’ it said. The consolidation will push forward Barr Al Hikman Shrimp Aquaculture Farm, expected to be the second largest of its kind in the MENA region, with an area of 40,000 hectares and an estimated production capacity of 200,000 tonnes of shrimp annually, to speedy completion.