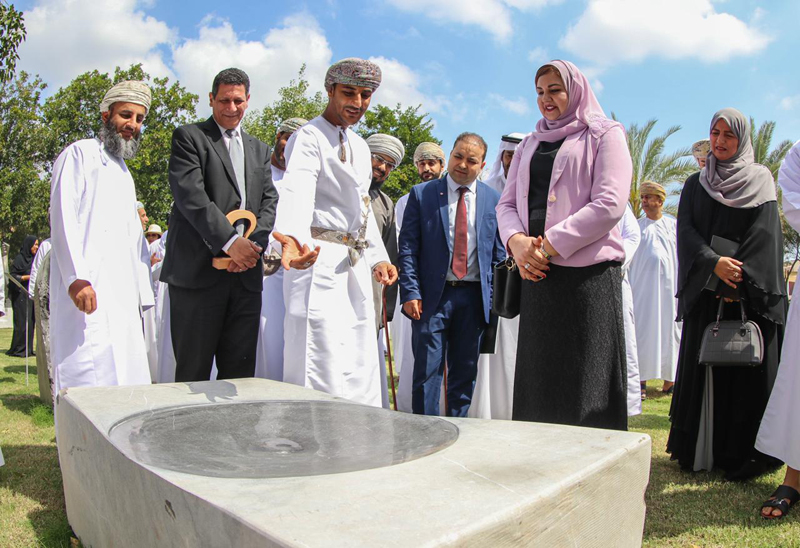 Paying rich tributes to the Late His Majesty Sultan Qaboos and to attest their loyalty to His Majesty Sultan Haitham Bin Tarik, organisers of the International Sculpture Camp in Sohar have launched an E-Sculpting book based on the works presented at its seventh camp held earlier this year.

The seventh International Sculptors Camp, which took place in January in Wadi al Jizzi, in Sohar and attended by 20 sculptors from 11 countries, has been a resounding success in giving local Omani artists a platform to rub shoulders with international sculptors and learn from their craft.

Speaking to Muscat Daily, Ali al Jabri, Founder of Sohart House, the organiser of the camp, said, “We issued the E-Sculpting book for the Seventh Sculptors Camp which saw the participation of 20 sculptors from countries like Bahrain,Australia, Italy, Spain, Ukraine, India, Egypt, Iraq, Ecuador, New Zealand, Tunisia and Oman.”

Jabri added, “The works of the sculptors were displayed at the closing ceremony in Sohar in March. The ceremony was held under the patronage of H E Dr Suad bint Mohammed bin Ali al Lawatia, Minister of Arts Affairs.”

Talking about the book, he said, “We launched this book to pay tribute to Late His Majesty Sultan Qaboos and show our loyalty to His Majesty Sultan Haitham bin Tarik. The book consists of about 100 pages, including the works of sculptors participating in the seventh camp. The book also aims to spread the importance of the craft of sculpture and its role in bringing the people of the world closer. It will be a source for the sculptors to exchange their expertise in the field of sculpting marble.”

Jabri added, that he, along with his colleagues, is working on setting up a museum to display their work of art. “We are seeking to set up a modern museum to exhibit works by Omani sculptors. We have planned to issue an E-Sculpting book every year, bringing Omani and international sculptors together and to be a source of inspiration for young Omani sculptors.”