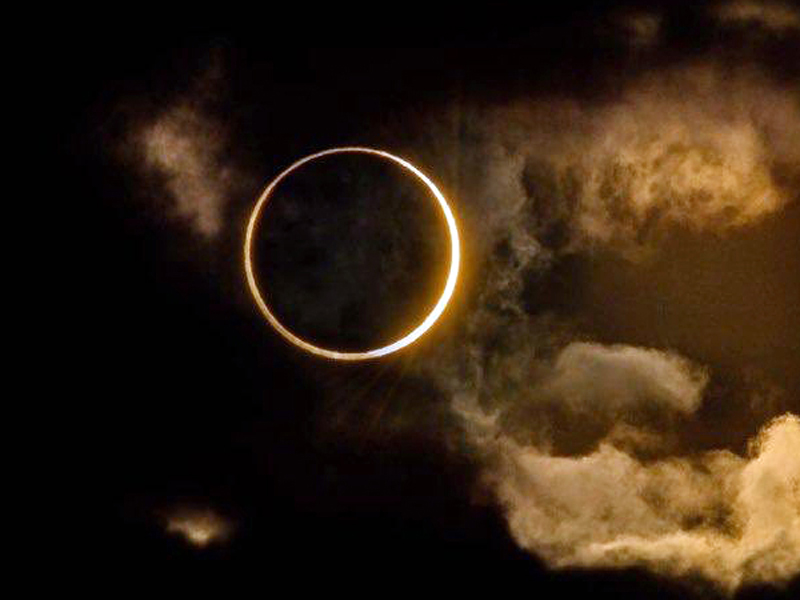 Quriyat will be the best location in Muscat Governorate to watch the breathtaking ‘Ring of Fire’ solar eclipse that will adorn the skies on Sunday morning. The eclipse will last from 8.14am to 11.20am in Oman.

An annular solar eclipse happens when the moon covers the sun’s centre, leaving the sun’s visible outer edges to form a ‘Ring of Fire’ or annulus around the moon.

These eclipses are named for their darkest, or maximum, point even if it only lasts less than a second. If the characteristic ring of fire is visible from even just one location, the whole eclipse is called an annular solar eclipse. However, in most places and for most of the duration, an annular eclipse looks like a partial solar eclipse.

To see annularity, one must be in a location where the moon casts the antumbra. At the maximum point, the width of the annular path is typically around 150 km although this can vary considerably. At the centre of this zone, one can see the annularity’s maximum point as a perfect ring of fire. In other areas of annularity, where the moon is not perfectly in the centre of the sun, the ring has varying width.

Oman Astronomical Society (OAS) has stated that this celestial event will not occur again before 61 years. The society listed, on its social media, a few tips to protect eyes like to avoid using normal sunglasses or watching the eclipse with cameras and telescopes that do not contain eclipse filters, and use of safe glasses designed to prevent harmful rays from reaching the eye.

Avoid using mobile phones and all other unsafe means to monitor the eclipse, it said.

The eclipse will be visible across many main cities in the governorates of Muscat, Dakhliyah, North Sharqiyah and Dhahirah. Observers can also follow a partial eclipse from other locations in the rest of the country.