OAB merger with Alizz on track 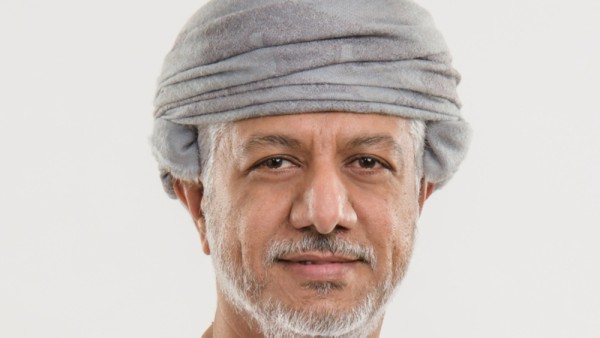 Consolidation in the Omani banking sector is a crucial need of the hour so that the sector could grow and stay competitive. Yet, we have not witnessed much progress to date on a wider scale. Despite challenging business and economic conditions, when we normally experience difficulties in completing large merger transactions, it is encouraging to see that the proposed merger between Oman Arab Bank (OAB) and Alizz Islamic Bank (Alizz) has been progressing remarkably well.

To find out what are the key enablers for this important merger and to discuss wide ranging issues, we caught up with Khalid Al Zubair, Chairman of OMINVEST Group (the majority shareholder of OAB). In particular, we sought the Chairman’s views on the progress being made on the proposed merger; planned structure of the merged Bank and its future prospects; implications for the Omani banking sector and the broader economy, and the potential value creation for all the stakeholders.

Please share your thoughts on the key factors that have contributed to the merger transaction’s successful progression.

For such a strategic transaction – critical to the health of Omani banking sector and our economy – the vision, commitment and crucial support for the transaction have emanated from the leadership of the key stakeholders and our esteemed regulatory institutions.

On behalf of OMINVEST’s Board, I would like to state that we cannot thank enough the leadership at the CBO and the CMA – not only did they give invaluable advice but also provided exceptional support. I must add that our regulators’ approach has been admirably pragmatic given the extremely difficult business and economic conditions we all are facing. Simply put – their thought process and actions have been ahead of the curve.
We sincerely appreciate the support and commitment of Arab Bank plc, our long-standing strategic partner in OAB.

Likewise, the chairmen of OAB and Alizz, their Boards and the top management have been extremely thoughtful and proactive in seizing such an opportunity to preserve and create more value for their shareholders, customers, and employees. We are grateful to them all for extending gracious cooperation and demonstrating a true spirit of partnership.

Can you please also elaborate on the future structure of the merged bank and when you expect the merger to be concluded?

Here, I would like to highlight that as per the agreement between the key shareholders and support and advice of the regulators, OAB will inject capital to restore the capital-base of Alizz (the proposed Islamic subsidiary) and together transfer OAB’s Islamic window (Al Yusr) to Alizz to strengthen and scale-up its Islamic banking business. In terms of the merger’s timeline, we believe that subject to the shareholders’ and all the regulatory approvals, the merger is expected to be finalised by the end of June 2020.

We just saw a market disclosure from OMINVEST regarding the sale of its stake in OAB to Arab Bank plc – kindly explain the motives behind sale of the stake, its impact on the future shareholding structure of the merged bank and role of the major shareholders?

I would like to emphasise that it is important for key stakeholders and the general investors to fully understand the rationale behind the sale of OMINVEST’s stake in OAB to Arab Bank plc. In order to facilitate the merger transaction and to be respectful of our long-standing partner’s strategic interests, OMINVEST decided to dilute its share in OAB to facilitate for Arab Bank plc to maintain its 49% stake in OAB. This will allow Arab Bank plc to gain control, contribute more capital, transfer technology and add value to the business. OMINVEST will sell 11.76% stake in OAB to Arab Bank plc at a valuation of 1.3x the Book Value as of March 31, 2020. We believe that such a control premium for a significant stake is justified given OAB’s growth prospects ahead.

We are cognizant that the sale of the stake will also cause immediate loss of sizeable earnings for OMINVEST that it used to accrue from OAB. However, we are confident that OMINVEST will be able to deploy the proceeds from the sale to other high-quality investments to fill the earnings gap and further diversify our portfolio.

After the sale of the stake to Arab Bank plc and the merger’s completion, OMINVEST’s stake in OAB will decline to 31.64%. Consequently, OMINVEST will reclassify OAB as an Associate and become a Strategic Financial Partner providing support in the areas of corporate governance, shareholder alignment, coordination with the Regulators and business development in the local market. On the other hand, Arab Bank plc will account for OAB as its Subsidiary and play the role of a Strategic Operating Partner, providing technical support to OAB and Alizz after the Merger.

As part of the rebalancing in the shareholding structure due to the merger transaction, OMINVEST and Arab Bank plc will also set up a joint Trust Account to enable certain Islamic Sharia compliant institutional shareholders and retail investors (up to a max of 25% of Alizz shareholding) to sell at the Book Value, which is at significant premium to the prevailing market price of Alizz.

In addition to your role as the chairman of OMINVEST Group, you are also a prominent business leader in Oman and thus understand the sentiment of foreign investors. It would be great to have your thoughts on why you think Arab Bank plc is committing more capital and resources to OAB and providing crucial support to this merger transaction? Does this signify foreign investors’ confidence in Oman’s economy?

As we all know that over the last three decades, Arab Bank plc, the cofounding shareholder of OAB, has demonstrated strong commitment to our banking sector and the economy. Given its substantially large balance sheet of over $50bn and extensive regional and int’l presence, Arab Bank plc brings enormous value to our country in terms of capital and technical know-how in conventional and Islamic banking. Given our mutual support and trust built over the years, the leadership at Arab Bank plc has reiterated its strong intentions to further commit significant investment in our banking sector at a time when we are in acute need to attract longterm foreign capital with operational expertise that can add substantial value. It simply underscores Arab Bank plc’s confidence in Omani banking sector, our economy, and systems.

Since OMINVEST is the majority shareholder in OAB, how do you see OAB benefiting from this merger and what are your future expectations from OAB, as a key shareholder?

OMINVEST and Arab Bank plc have made substantial new commitments to OAB in terms of capital and resources. Importantly, we are appreciative of our esteemed regulators that following the merger we will have two separate banking licences. We believe that OAB will emerge as a bigger and stronger player in the sector – it will have deeper and wider access to the interbank market, higher moneymarket limits and expand aggressively in the areas of trade finance, fee-based activities and treasury.

On a consolidated basis, OAB’s balance sheet, capital adequacy ratio, capital structure, and liquidity position will get a major boost. While Alizz will be OAB’s wholly owned subsidiary, it will have its own management and board and will function as a truly independent Islamic Banking platform. In addition, Alizz will benefit from Arab Bank plc’s successful experience in Islamic Banking in other countries. We expect that Alizz could potentially aim for an IPO or explore other strategic options in a few years.

The merger will bring significant synergies and cross-selling opportunities as OAB and Alizz will be able to operate across platforms, mutually share human and financial capital and offer a wider array of service and products to their customers. From a strategic positioning standpoint, OAB will be able to play a key role in the future consolidation of the sector, which is inevitable. We believe that OAB will be in a position to support Oman’s economy on a bigger scale and create more jobs for Omani nationals.

Could you please also share your views on how this merger will benefit Alizz stakeholders and how it will impact Alizz’s future prospects?

We are grateful to the chairman of Alizz, its Board and the management for recognizing early on how important this merger is for their shareholders and for Alizz’s future growth prospects. We acknowledge that they have been tremendously supportive to make the merger happen. We all appreciate the fact that Alizz is a key player in the fast-growing Islamic banking market and has strong prospects ahead.

We are pleased that Alizz is going to merge with OAB, which has a long history and track record of performance. In addition, we find that there is a great chemistry between the major shareholders and leadership of the two banks. In terms of the future prospects, we expect great value and strategic support coming from the major shareholders of Alizz and OAB. We believe that Alizz will be strongly capitalized and will be able to scale-up its market share in the Islamic banking after the merger.