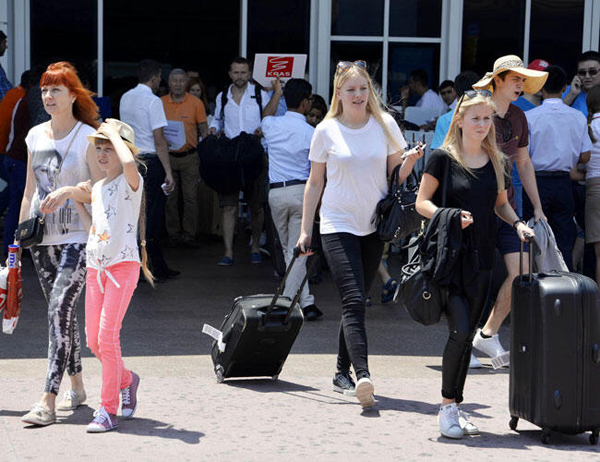 A Russian tourist guidebook on Oman has been a runaway success in the Eastern European nation, paving way for renewed interest in the sultanate’s tourism market.

Journalist Dimitri Osobov, author of Oman Directory, describes the sultanate as a ‘youth-alluring tourist destination’, which unveils a world of charm and opportunities showcased by its ‘distinguished, exotic and natural diversity and rich history’.

Talking about how the book came about, Osobov said that when he came to Oman, he was tempted to fill the vacuum of books in the Russian market about Arab countries, including the sultanate.

That was the time when Russians were opening up to new tourism destinations around the world, he said. “The book has been published many times and also sponsored by the leading Russian publishing house – Around the World,” he said.

He added that his trip to Oman was a highly enjoyable experience that yielded fruit as his Oman Directory evinced a great response among readers and the tourism market in Russia.

Osobov said that last year (2019), an Omani tourism office was opened in Moscow, preparing the tourism sector in Oman for a massive growth in number of Russian visitors. He hoped that the coronavirus pandemic will dissipate soon, so that the office could resume its activities. He predicted that ‘Russian tourism will see a surge in the sultanate, thereby necessitating the publishing of a new directory about this wonderful land.’

Osobov explained that the success of his book is credited to three factors. “First, the fact that Oman itself is a unique land, distinguished for amazing natural diversity and rich history, testimony to which are the wide range of relics and archaeological areas that portray a subtle blend of originality and modernisation, coupled with exotic traditions, making the country a suitable destination for youth and families.”

The second factor, he said, was the literary style of the book which appealed to a broad spectrum of readers. “A female reader may get interested in details on frankincense industry and shopping in Oman’s souqs while a diver could be attracted to the pristine underwater universe in Oman’s seas. The book, which allocates a full chapter to birds of Oman, also offers businessmen information about the labour market in Oman.”

Lastly, he wrote the book bearing in mind that the Russian people have seen many European cities like Paris and Rome and that they would look forward to exploring more exiting or mysterious parts of the world.

In an interview, broadcast by the TV channel Russia Today, Osobov also explored scope for cooperation between the sultanate and Russia. The author pointed out that the Omani-Russian bilateral works have been working on the exchange of benefits since 2006, particularly cooperation in the fields of energy, oil and gas.

The author commended Oman’s stability, noting that it serves as a great opportunity to import Russian technology, even as the sultanate mulls the setting up of new industrial estates.

Besides being a journalist and an author, Osobov is a good speaker of Arabic, which he mastered during his travels to Arab countries. He has authored many tourist guides and books about key cities like Dubai and countries like Syria and Lebanon.