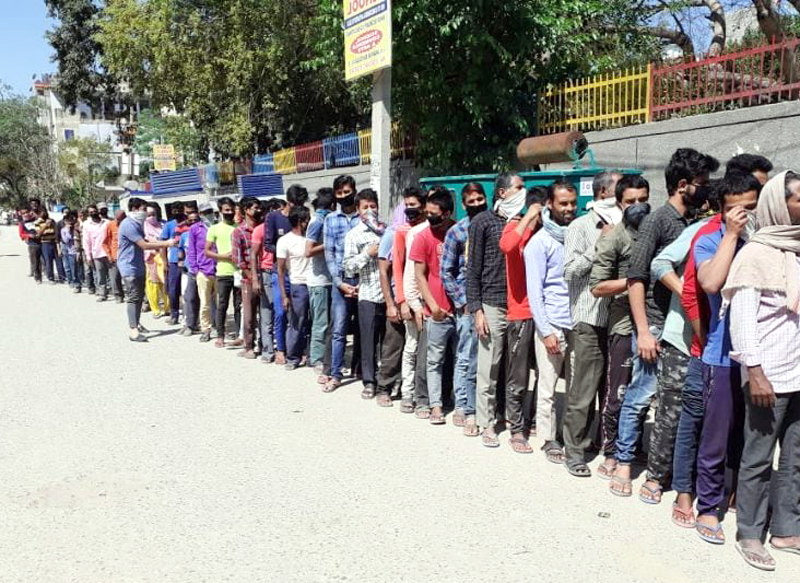 As India moves up to the fourth position with regard to the largest  number of coronavirus (COVID-19) cases in the world, with a total of 321,626 cases on Sunday, health authorities in India say the peak has not yet arrived. Despite 9,199 deaths, there is no widespread panic as it amounts to just seven deaths per million population which is quite small compared to many other countries. Nevertheless, a section of Indian doctors in Oman say educating the masses and enforcing precautions is the only way forward for India.

Dr Benny Panakkal, MD, Badr al Samaa Group of Hospitals, took note of the fact that, as the situation in Europe is improving, in India COVID 19 cases are increasing steadily. “The latest figures show total cases well over three hundred thousand and new cases per day reaching about 9,000. The debate is still on whether we have reached stage 3 (community spread) or not,” he said, pointing out that India had begun its lockdown two and a half months ago but now gradually all restrictions were being lifted. Though strict guidelines are in place, lifting the lockdown has inevitably contributed to an increase in new cases and wider spread of the disease, he said.

“In the coming days, it’s likely we will see a greater rise in cases, unless we stringently follow the guidelines of social distancing and the sanitation measures. Educating the masses and strictly enforcing proper precautions are our only hope to contain and beat this disease which is likely to stay with us for some more time. So it is important to learn to live with it while gradually resuming our life activities,” Dr Benny said.

Dr Lalitha Balaji, ex-general practitioner at Hatat Polyclinic, said the increase in corona cases can be viewed in two ways. “On a positive note, we can say that the increase in testing for the virus has brought to light more cases, the  recovery rates are improving and the death rates in India are much lower in comparison to the developed nations. On the other hand, it also shows that people are still not following the social norms prescribed for prevention of the spread of the disease and the lack of basic infrastructure even before the start of this pandemic has hampered the following of the rules meticulously,” she said.

Considering India’s population, the percentage of cases are far lower and the recovery rates are remarkable, Dr Lalitha said, pointing out that even highly developed countries like the US, UK and Russia are struggling to cope with the pandemic.

“The strategies generally adopted in tackling corona has been either a mitigation/suppression method or elimination methods. For example, New Zealand was able to tackle the pandemic by the elimination method. This may not be feasible for a vast country like India but overall social distancing, better hygiene and boosting immunity need to be practiced more at the individual level,” she suggested.

Dr Dipali Bhuyan, Paediatric oncologist, Royal Hospital, however, said there was no need to worry regarding India’s rank as 4th in the world with regard to COVID-19 cases as its population is very large and so the number of those affected will also be large. The death rate, however, was low compared to other countries, she added.

“It may be due to the better immunity which our people have. This may be due to genetic reasons or because our people are already exposed to many other infections which makes our  immune system strong. We need to now start living our life with this virus. People should continue to take all precautions as before and also continue their normal activities,” Dr Dipali said, adding that the poor and ignorant people must be educated regarding this virus and every citizen should take up responsibility to help those who are in need.

Dr Sanjay Dalal, one of the most senior general practitioners of family medicine in Oman, was also of the opinion that India with its huge population has an incidence of coronavirus and related deaths which is much below many other nations. “Swift and bold decision to lockdown the country by the present Indian government definitely helped. But the lockdown can’t go on forever. The economy has to be stimulated, now that people are aware how to safeguard themselves from the virus,” he said.