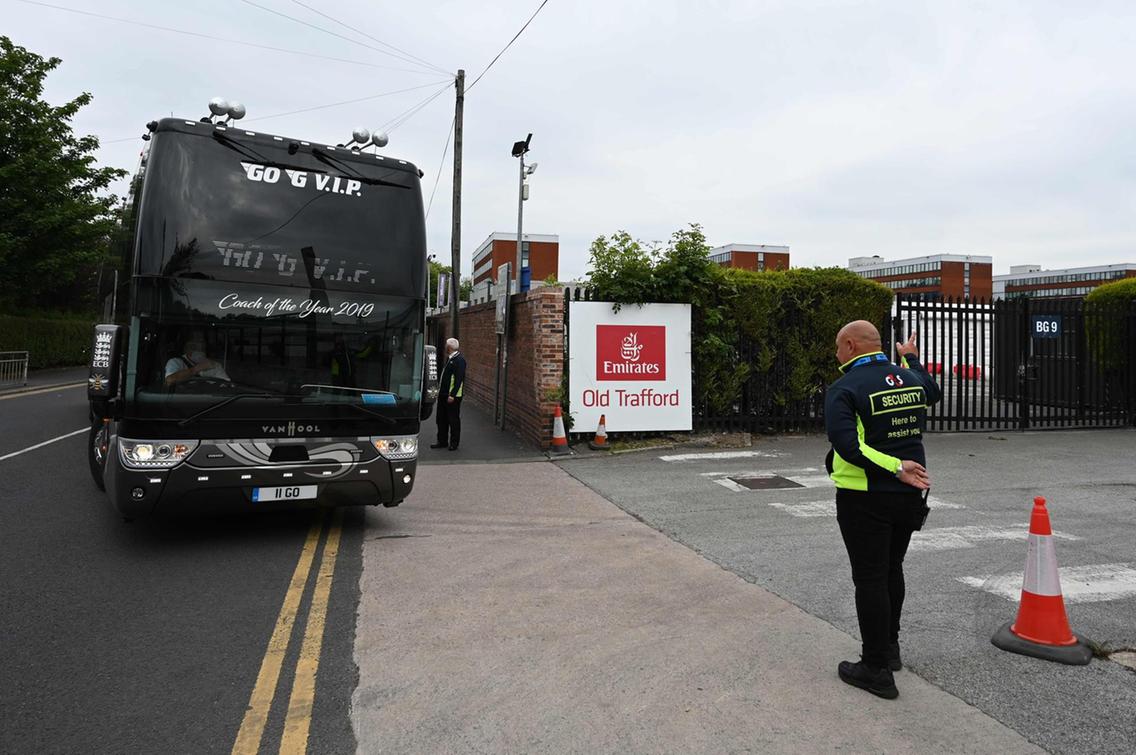 A welcome boost for international cricket as the Jason Holder-led team is set to play three Tests against England, starting on July 8, behind closed doors. After arrival in Manchester, the visiting players were sent to a bio-secure environment at Emirates Old Trafford and will train there for the next three weeks

The West Indies squad, led by Jason Holder, arrived in Manchester, UK, on Tuesday morning for a historic Test tour of England, after all the players and support staff cleared the mandatory testing for COVID-19 in West Indies, giving a boost to the return of international cricket, which was halted due to the coronavirus shutdown across the world.

The three-match series was originally meant to be played in June but will now start on July 8 because of the pandemic.

The squad left Antigua on Monday evening on a charter flight funded by the England and Wales Cricket Board (ECB).

Soon after arrival, the players entered a bio-secure environment at Emirates Old Trafford. The team will train for the next three weeks, before heading to Southampton on July 3 for the first Test which begins on July 8. All the three Tests will be played behind closed doors.

Last week, West Indies announced a 25-man squad, including 11 reserves, for the three-Test series which will be the first time cricket has been played in a bio-secure environment.

The bio-secure protocols will restrict movement in and out of the venues, so a group of reserve players will travel to train and help prepare the Test squad and ensure replacements are available in case of any injury.

The tour had been awaiting final approval from the UK government, as well as the national governments in the Caribbean, all of which was granted over the weekend.

A further condition had stipulated that any player/support staff member testing positive for COVID-19 would not be permitted to take the flight.

“All the players’ and staff test results are confirmed as negative,” said a Cricket West Indies (CWI) press release on Monday.

Once the CWI had secured confirmation from the selected players about their willingness to tour, the tests were carried out and processed at a laboratory in Miami.

The 25 players are accompanied by an 11-strong contingent of support staff including assistant coach Roddy Estwick, plus Rayon Griffiths and Floyd Reifer, who is filling in as assistant coach (batting).

Phil Simmons, the head coach who is based in London, will join the squad in Manchester on Tuesday.

As per the travel directive of the UK government, West Indies’ squad will need to self-isolate for two weeks, but they will be allowed to train during this period as they are staying at the on-site hotel at Old Trafford.

West Indies will start training from Wednesday and will play one three-day and one four-day matches, each of which will be an intra-squad event.

The logistics of West Indies’ departure involved two charter flights, fetching players from different countries within the Caribbean and bringing them to Antigua.

As per the protocol finalised between the CWI and ECB, the squad along with Simmons will be tested again at Old Trafford.

“As soon as they get to Old Trafford they will go to a holding room in the stadium where they will be able to have breakfast and at the same time go in batches to get tested again. And then we should get those test results by Thursday,” the CWI press release said.

The tour would only be considered to be underway once the squad’s test results in England come back as negative.

Ahead of the departure in Antigua on Monday, captain Holder said, “This is a huge step forward in cricket and in sports in general as we travel over to England for this series. A lot has gone into the preparations for what will be a new phase in the game.

“I’m happy for the support and well-wishes we have been receiving from our loyal and dedicated fans once it was confirmed the tour would go-ahead. This has been a source of great inspiration.”

The skipper added, “We have a fantastic group of cricketers, coaches, medical staff and support staff and I know everyone is eagerly looking forward to the start of the first match when we can get back on the field of play. There is expectation in the air that we will defend the Wisden Trophy and we will certainly put in the work and give it our all to keep hold of it.”

Health measures, including a ban on applying saliva to the ball to aid swing set to be rubber-stamped at an International Cricket Council meeting on Wednesday, and repeated virus testing will be in place.

“Our main objective is to deliver a safe environment for all stakeholders,” said ECB events director Steve Elworthy.

Despite the ECB’s efforts, three West Indies players – Darren Bravo, Shimron Hetmyer and Keemo Paul – declined to tour, with CWI insisting it will not hold this against them when it comes to future selection.

Bravo and Hetmyer’s absence deprives the tourists of two top-order batsman, while Paul was a back-up for fast-bowling allrounder and captain Holder.

But it could be England skipper Joe Root who is the most significant absentee from the first Test as the England captain’s wife is expected to give birth to the couple’s second child in the first week of July.

Root plans to attend the birth but that may mean he has to then self-isolate for seven days, putting a question mark against his participation at Southampton.