Only disease right now is the racism that we are fighting: Sterling 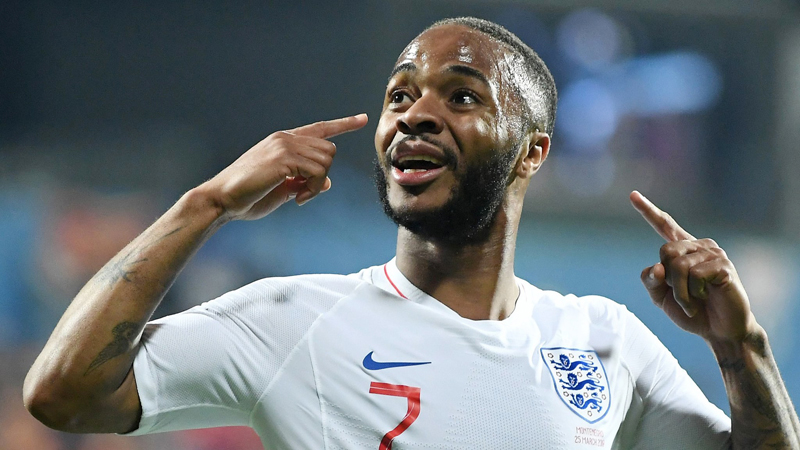 England and Manchester City forward Raheem Sterling has given his backing to the anti-racism protests gripping the world following George Floyd’s death in the United States.

The 25 year old striker insisted racism is ‘the only disease right now that we are fighting’ and said he will continue to speak out in the hope it will contribute to lasting change.

Thousands of people have taken part in Black Lives Matter marches in the UK following the death of American Floyd in US, despite government warnings to avoid mass gatherings because of the threat of coronavirus.

Floyd, 46, died while being arrested on May 25 in Minneapolis. The four officers involved have since been charged over the death, which sparked days of protests in the US and demonstrations across the world.

Sterling said standing up to racism is more important than the danger posed by COVID-19 and urged people to do it peacefully.

“I know this might sound a little bit cheesy but the only disease right now is the racism that we are fighting,” Sterling said in an interview on BBC Newsnight to be broadcast on Monday evening.

“This is the most important thing at this moment in time because this is something that is happening for years and years,” Sterling said.

He said: “Just like the pandemic, we want to find a solution to stop it.

“At the same time, this is what all these protesters are doing. They are trying to find a solution and a way to stop the injustice they are seeing and they are fighting for their cause.

“As long as they are doing it peacefully and safely and not hurting anybody and not breaking into any stores, they continue to protest in this peaceful way.”

Sterling, whose City side return to English Premier League action on June 17, has previously spoken of racist abuse he has suffered and the media’s portrayal of black players.

Asked whether speaking out makes his job as a footballer harder, he said: “First and foremost, I don’t really think about my job when things like this happen. I think about what is right.

“I keep saying this word. I see a lot of people on social [media] supporting the cause. But this is something that needs more than just talking.

“We need to actually implement change and highlight the places that do need changes.

“But this is something that I myself will continue to do, and spark these debates and get people in my industry looking at themselves and thinking what they can do to give people an equal chance in this country.

“Hopefully other industries can do that, and everyday society and the system as well.”

Speak out if you feel the need: Archer

Also voicing his support to the anti-racism protests, England cricketer Jofra Archer has said the events of the past week show ‘so many people around the world are behind equality’.

The 25 year old pace bowler was subjected to racist abuse by a spectator during the final day of the first-Test defeat by New Zealand in 2019.

“No longer will people just sit around quietly and let unjust things happen,” Archer wrote in a UK newspaper column.

“As an individual, I’ve always been one for speaking out, especially if something bothers you. My personal view is that you should never keep things bottled up, because racism is not OK.

“If you feel the need to speak out, you should do so. I accept that others might choose not to make it public and deal with things in their own way, but it is why I acted when I was verbally abused in New Zealand last year.”