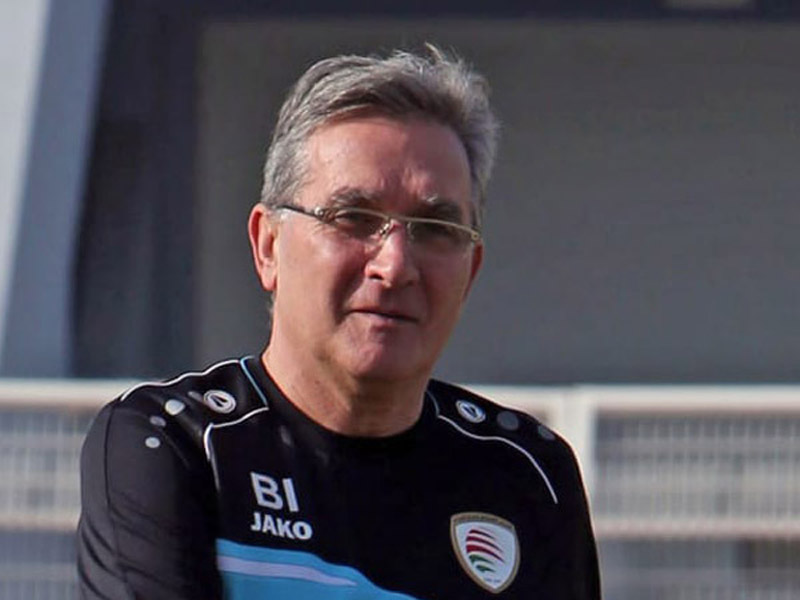 With three games remaining in the joint World Cup and Asian Cup qualifiers, Branko Ivankovic-led Oman are currently second in Group E, just a point behind Qatar. The Red Warriors are set to host Qatar in November in a clash that could decide the group topper

Oman’s next game in the joint FIFA World Cup Qatar 2022 and Asian Cup 2023 Qualifiers will be an away match against Afghanistan in October, if the rescheduled dates of the remaining matches, announced by the Asian Football Confederation (AFC) on Friday, goes ahead as planned.

Branko Ivankovic-led Oman have three games left in Group E of the joint qualifiers. Asian champions Qatar are on top of the group with 13 points from five games and Oman are a close second with 12 points. Afghanistan are third with four points while India have three and Bangladesh, which have played a game less than the rest, have just one point.

According to AFC, the rescheduled dates of the qualifiers have been released in consultation with FIFA. The qualifiers were originally scheduled to take place in March and June but were postponed due to the coronovirus pandemic.

Oman were due to play an away game against Afghanistan on March 31 in Dushnabe, Tajikistan before hosting table-toppers Qatar at home on June 4. Ivankovic’s men would have wrapped up their campaign with an away game in Dhaka against hosts Bangladesh on June 9.

However, the qualifiers were postponed due to COVID-19 pandemic.

With things improving and European leagues beginning to restart, the AFC announced the proposed match dates for the remaining matches.

Matchdays seven and eight are now scheduled to take place on October 8 and 13, respectively while Matchdays nine and ten are due to kick off on November 12 and 17.

The latest decision has been taken with a view to completing the preliminary joint qualification round two by November and to commence the subsequent FIFA World Cup Qatar 2022 Asian Qualifiers final round as well as the playoff matches for the Asian Cup China 2023 round three qualifiers by the March 2021 match dates in the FIFA calendar.

The AFC said that it will continue to monitor the situation closely to ensure the safety and wellbeing of all teams, officials, fans and stakeholders as well as government travel and medical restrictions and will notify all parties should there be a need to reassess the match schedules due to the ever-evolving impact of the COVID-19 pandemic.

In his remarks on Saturday, the national team manager, Maqbool al Balushi, said: “The final schedule has yet to be received but our next game in all probability will be on October 13 against Afghanistan. The other two games will be on November 12 and 17.”

“The national coach Branko Ivankovic has already submitted a plan to the Oman Football Association (OFA) on the training schedule and we are awaiting a decision from them on when to start. Obviously, training on pitch is much different than what a player can do at home now. Hopefully, we could start by mid-July,” added Maqbool.

Croation Ivankovic took over as Oman coach in January, replacing Erwin Koeman of the Netherlands following Red Warriors’ disappointing display in the Gulf Cup in Qatar in December 2019.

The 65 year old Ivankovic has so far held two domestic camps before COVID-19 halted the preparations for the game against Afghanistan in March.

The joint qualifiers are the first major test for the Croatian, who in solidarity with the current coronovirus crisis, decided to take a 39 per cent cut in his salary for April and May.

In is remarks to media soon after taking over as Oman coach, Ivankovic said ‘the top-most priority is to lead Oman into the next round of the joint World Cup and Asian Cup qualifiers’.

Ivankovic believes that Omani players have the talent needed to realise their dream of reaching the FIFA World Cup finals for the first time.

“The short period that I have worked with the national team was good but it was not enough to know all the players,” said Ivanković in an article posted by the official AFC website- www.the-afc.com recently.

He said, “Omani players have the necessary talents but I need more time in order to know how things will go. I have great ambitions and I’m confident that I can lead Oman to the World Cup.”

Ivankovic said: “We have a dream and football rewards whoever fights hard on the pitch.”

All football activities in Oman are suspended due to the COVID-19 and Ivankovic, who is in Croatia presently, said he is in constant communication with the OFA.

“I’m always getting in touch with the federation in Oman,” he said. “I’m waiting for the airports to open in order to return to the sultanate and complete my job with the national team.”