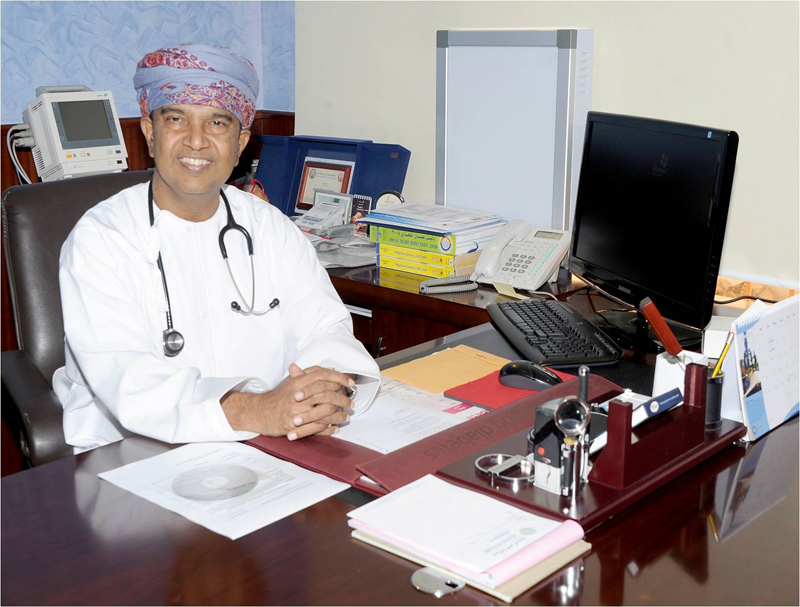 According to a statement issued by the hospital, there are two types of tests for detecting COVID-19. One test is the Antigen test or PCR test and the other is called the Antibody Test.PCR exists ever since the pandemic arrived in Oman. But the Antibody Test has become available only now, after FDA approval.

PCR test is a swab test which detects virus protein (antigen) in the throat and nose.  Usually this test becomes positive by day 1 or 2 of symptoms and becomes  negative by about the 14th day. PCR positivity rarely lasts beyond three weeks after onset of illness.

In response to the virus infection, the body produces proteins called antibodies to fight the virus. The antibody test detects these antibodies in blood. There are 2 types of antibodies Ig M and Ig G. Antibodies appear in blood  before the end of first week of symptoms and peak in concentration by the second and third week. Ig M antibodies disappear by the end of seven weeks but the Ig G antibody persists. The Ig G antibody is believed to give protection against re-infection (immunity). The long-term persistence and duration of protection conferred by the Ig G antibodies remains unknown.

The advantage of the Antibody Test is that it very economical and probably atone-third the cost of the PCR test.The disadvantage is that itbecomes positive only from  the second  week of  symptoms  whereas PCR test is positive in the first week itself.  So if you want a diagnosis in a suspected case in the first week of symptoms, you should go for PCR test. If 14 days  have already passed after the symptoms started, you may go for antibody test for the diagnosis of recent infection (not acute infection).

How accurate are these tests?

Between 7 and 14 days ofsymptoms both the tests may bepositive  since the antigen  comes down but has not touched zero and the antibody curve is going up but has not reached the peak.

What about false positive results ?

With both the  tests false positive result is roughly 5 out of 100.

When is a Covid patient fit to join duty?

The  Centers for Disease Control and Prevention (CDC)indicates that health care workers can return to work, if at least 3 days (72 hours) have passed since recovery, defined as resolution of fever without the use of

fever-reducing medications and improvement in respiratory symptoms (cough, shortness of breath) and at least 10 days have passed since symptoms first appeared.

Now we know that Covid infection can be silent in some people.  So you may also go for the Antibody Test any time (antibodies remain in blood for many months) even if you never had symptoms, to know whether you had silent infection in the past.  Positive Antibody Test may indicate immunity and so presence of antibodies in blood removes the anxiety and fear of contracting the infection again, but this is yet to proved.