THE SHOW MUST GO ON 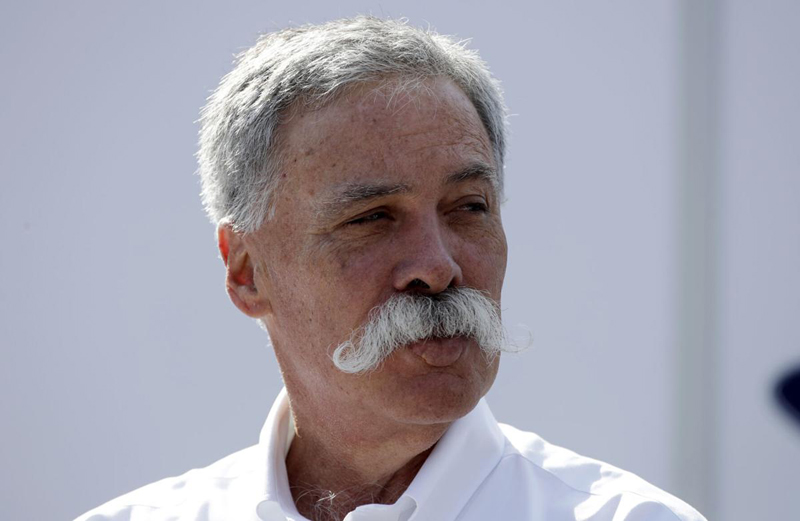 Formula One races won’t be cancelled if a driver tests positive for the coronavirus or if a team withdraws, according to F1 CEO Chase Carey

With the rescheduled 2020 Formula One season set to start on July 5 in Austria, F1 boss Chase Carey said on Tuesday that a race would not be cancelled if a driver or team member tested positive for coronavirus.

Carey was speaking in an interview on the official www.formula1.com website after F1 announced the first eight races of the season.

F1 wants to avoid a repeat of the season opener in Australia in March, which was cancelled when the McLaren team withdrew after a staff member tested positive for the virus.

“An individual having been found with a positive infection will not lead to a cancellation of a race,” he said.

“We encourage teams to have procedures in place so if an individual has to be put in quarantine, we have the ability to quarantine them at a hotel and to replace that individual,” he added.

“A team not being able to race wouldn’t cancel the race. I don’t think I could sit here and lay out the consequences. But we will have a procedure in place that finding infection will not lead to a cancellation,” Carey said.

“If a driver has an infection, (teams have) reserve drivers available.”

F1 teams have a tougher time returning to competition than teams in many other sports because of the dozens of people who usually travel to a race and the regular international journeys involved.

Formula One plans to race without spectators, at least initially, and teams will fly in on charters and be isolated from the local population.

“There is a rigorous set of guidelines – probably at this point it’s 80-90 pages, Carey said.

The top boss said team members will be tested for the coronavirus before they depart for a race and then every two days. Teams will live in a ‘bubble’ system, likely with ‘sub bubbles’ to keep people apart if they do different jobs, he added.

“Clearly we recognise our sport is one which at times, we can’t have two metres between every individual on a team,” he said.

“When a car pulls into a pit and has to change four tyres, there won’t be two metres between every individual. We need to make sure we have procedures to manage all those risks as soon as possible.”

Formula One expects some 1,200 essential personnel with the ten teams limited to a maximum 80 people each compared to the more usual 130.

The rest of the season has not been confirmed because of the uncertainties of the coronavirus situation in the countries involved but Carey says he is confident the season will run to between 15 and 18 races.

“We’re not going to give a deadline right now,” Carey said. “Our goal would be before the end of June to, if not complete the rest of the calendar, is to have a handle on it.”

The F1 boss defended the decision to go racing, saying governments in the countries concerned were supportive.

“Much of the world is moving forward and I think it is important to realise that the shutdown does have both health, societal and economic consequences which are real long term,” he said.