Should Dhofar open for Khareef tourism? 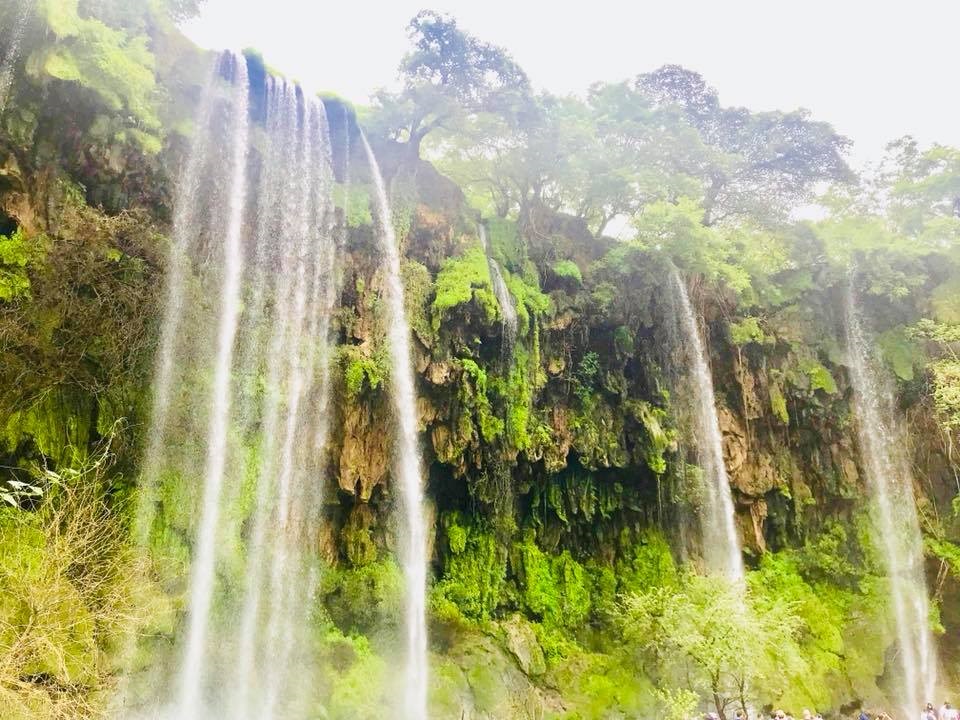 Since Dhofar Governorate has comparatively far less COVID-19 cases than all other governorates except Musandam, many people are keenly waiting to see the possibility of opening up the region for tourism, especially during the upcoming Khareef season.

Earlier, Dhofar Municipality had announced the cancellation of Salalah Tourism Festival (Khareef festival) this year, but some are awaiting a decision allowing tourists to Dhofar for the upcoming season, when the governorate transforms into a natural wonder, as well as resumption of domestic and international flights.

So far, Dhofar has recorded only 33 cases, including one death. All cases are from Salalah, out of which 18 have recovered. One of the reasons for the low COVID-19 count may be due to the Directorate General of Health Services – Dhofar Governorate’s (DGHS-Dhofar) early action. The precautionary preparations were put in place since the announcement of COVID-19 infection in China, particularly since the beginning of February.

“Given that international tourism is impossible now, I think it is time for Dhofar to take advantage and promote itself as an inbound tourist destination. We are into summer now and very soon the Khareef season will begin, and it is an opportunity for domestic tourism to thrive. However, all this needs to be done with precaution,” Sulaiman Mohammed, who travels to Dhofar almost every year, said.

According to DGHS-Dhofar, the importance of cooperation and coordination between the concerned authorities has been highlighted during the meetings stressing precautionary measures and awareness campaigns. ‘Dhofar DGHS has issued an awareness and educational film on COVID-19 prevention for all government and private health institutions, and shopping malls in the governorate,’ it said.

‘Pursuant to the directions of the Supreme Committee, Dhofar DGHS activated a 24-hour operation room to follow-up the epidemiological situation and coordinate with the central operation room of the Ministry of Health at the same time. A number of field teams (technical and administrative) were formed to deal with this situation,’ it added.

In addition, a number of precautionary measures and practical plans have been endorsed to reduce the impact of the pandemic on providing health services in the governorate and raise the pace of preparedness through monitoring and surveillance in the community and points of entry.

H E Dr Ahmed al Futaisi, Minister of Transport, said last week that that the return of air traffic will start with domestic flights and then international services. “Domestic flights will start operations first,” he said, although he did not state any specific date for the opening of the sector.

Indeed, according to those who frequent Dhofar, opening up the air travel is much awaited. “We are indeed waiting for air travel to start between Muscat and Salalah. My work has been affected because my business requires me to travel frequently between the two cities. Even though Muscat’s lockdown is lifted, it is difficult to drive all the way especially when you are just going for a day or two,” Hassan al Naamani, an Omani businessman, said.